JI takes to streets against ‘rigging’ in Karachi LG polls 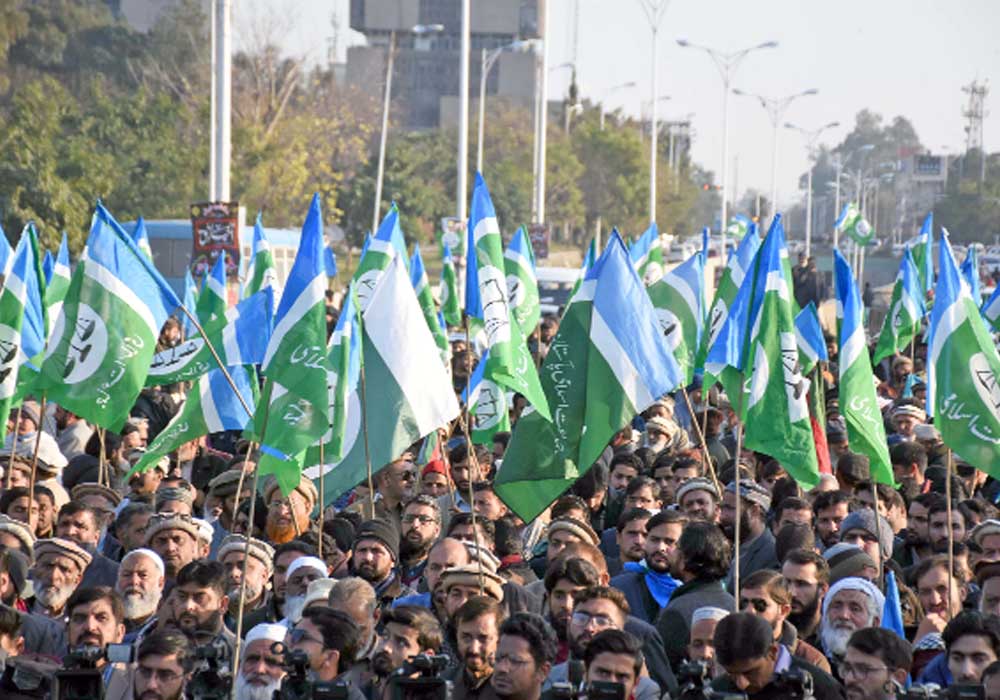 Jamaat-e-Islami (JI) on Tuesday took to the streets in various cities across the country against alleged rigging in the second phase of local government elections in Karachi.

The protest rally taken out in Peshawar was headed by JI chief Sirajul Haq. A large number of people took part in the rally. The participants said that the stealing of public mandate was not acceptable at any cost. In Wazirabad, the workers of Jamaat-e-Islami (JI) staged a protest rally at Katchery Chowk on the party chief’s call. The participants said the party’s mandate was stolen in Karachi LG elections, adding that the JI had won more than 100 seats in Karachi.  On the occasion, JI Wazirabad chapter Emir Chaudhry Nasir Mahmood Kaler accused the Sindh government of rigging. He said the Election Commission of Pakistan (ECP) should release results as per the votes of the masses, instead of giving results on Sindh government aspirations. The participants were carrying banners and placards. The Pakistan Tehreek-e-Insaf (PTI) on Tuesday rejected the results of second phase of local body elections in Sindh and accused the PPP-led provincial government of rigging the polls.

“The manner in which elections held, new precedents of rigging were set. We reject the elections results and demand that an inquiry should be launched,” said PTI Senior Vice President Fawad Chaudhry while addressing the media in Lahore. The PTI leader said Sindh government used state resources to manipulate the polls results and used several tactics to keep the voter turnout low. “Interior Minister Rana Sanaullah and PPP’s Sindh government tried to keep voters away from elections by issuing security and bomb blasts alerts,” he remarked.

The Pakistan Peoples Party emerged the major gainer in the second round of local bodies elections in Sindh, as it grabbed the most number of seats in Karachi and secured a thumping majority in the Hyderabad division, according to results announced by the election commission. In Karachi, no party emerged clear winner to elect the next mayor of the metropolis, according to the results released by the election commission. 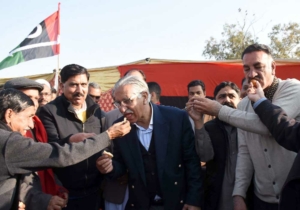 There are 246 union committees (UCs) in Karachi, however, election was held in 235 UCs due to the death of 11 candidates. The election of mayor requires 124 votes. The results showed the PPP won 93 UCs, Jamaat-e-Islami bagged 86 UCs, and the Pakistan Tehreek-e-Insaf (PTI) clinched 40. The Pakistan Muslim League-Nawaz (PML-N) won in 7, Jamiat Ulema-e-Islam-Fazl (JUI-F) 3, Independents 3, Tehreek-e-Labbaik Pakistan (TLP) 2 and Mohajir Qaumi Movement-Haqiqi (MQM) 1. The results came more than 36 hours after Sunday’s voting and drew allegations of rigging from various parties.