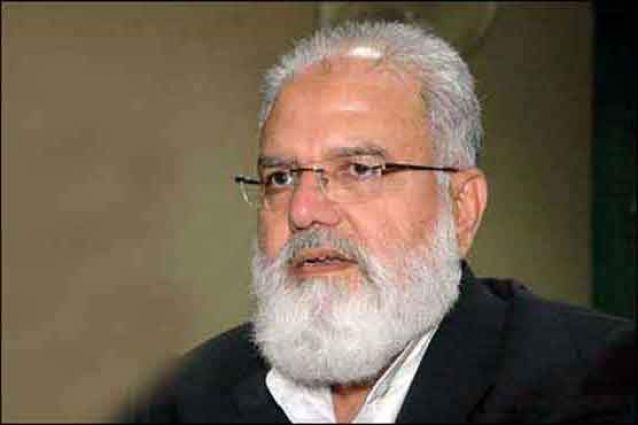 Jamaat-e-Islami (JI) acting Ameer Liaqat Baloch has made it clear that JI would not support any party’s candidate in the NA-133 by-poll in Lahore.

Talking to journalists after addressing a condolence reference for Dr. Abdul Qadeer Khan at Islamabad’s National Press Club on Tuesday, he said the JI would contest the next election under its own flag and electoral symbol, without forming any alliance with the tested parties.

There was no difference among the policies of the ruling Pakistan Tehreek-i-Insaf (PTI), Pakistan Muslim League-Nawaz (PML-N) and the Pakistan Peoples Party (PPP), said Baloch, as he appealed to the people to support JI’s struggle to transform Pakistan into a welfare Islamic state.

He said the PTI made tall claims of bringing change but failed to bring reforms in a single sector in over three years. Baloch added that corruption, inflation, and unemployment turned the lives of people miserable, as the ruling party lacked capacity to fix the problems.

The JI leader said that the International Monetary Fund (IMF) had virtually taken control of the country’s economy, as an interest-based financial system ruined the different sectors.

Meanwhile, JI Secretary General Ameer-ul-Azim demanded that the rulers resolve the problems of the people of Gwadar.

In a statement issued from Mansoorah, Lahore, after a visit to Balochistan, Azim said that the sit-in of the local fishermen in the port city continued for days but the government was not listening to their demands. The government, he said, must open the Iran border to resume the import of basic items of daily need for the locals.

Azim also said that unauthorised check posts in the area must end. The rulers, he said, should start a dialogue with the angry Baloch people to resolve the Balochistan crisis.