Jirga formed for talks over law and order in Miranshah 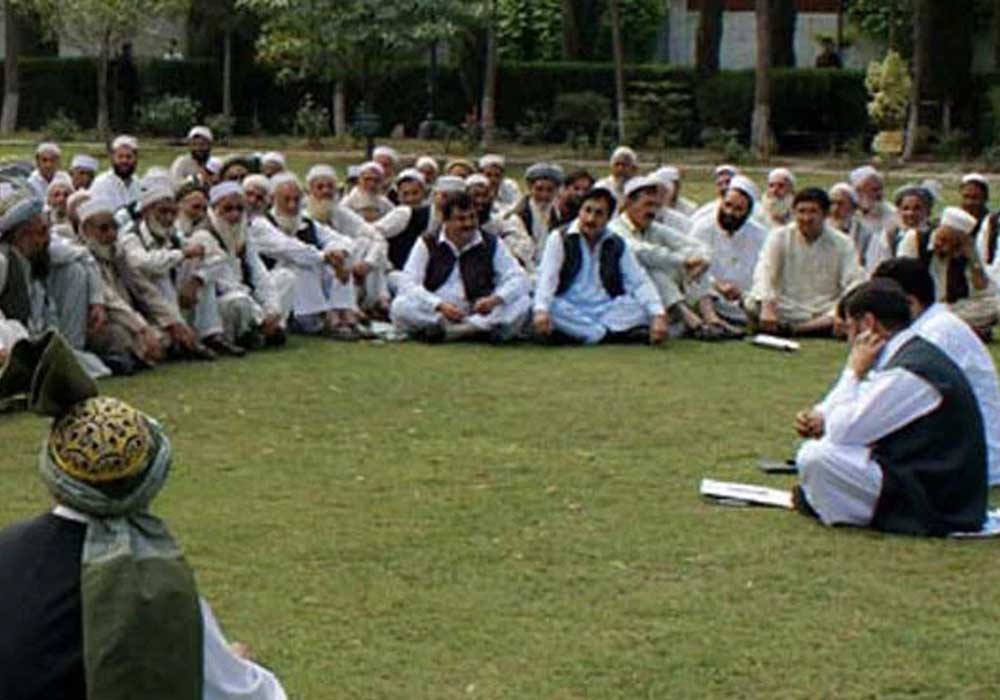 The federal government on Thursday announced a jirga for talks over the worsening law and order situation in Swat, Miranshah and Mir Ali.

The government has formed a jirga comprising 16 members for talks with representatives of the people protesting in these areas. The prime minister formally approved the jirga which includes leaders of the parliamentary parties. The political parties of Khyber Pakhtunkhwa province would have representation in the jirga. Protests are continuing in parts of the North Waziristan District for more than 25 days by local people against lawlessness and targeted killings in different areas.According to a notification issued by the Ministry of Defence, the committee has been constituted to control the escalating situation following a meeting between Prime Minister Shehbaz Sharif and Leader of the Opposition in the Khyber Pakhtunkhwa Assembly, Akram Khan Durrani on Wednesday. The newly-formed committee will hold a meeting at the Durrani House in Bannu at 10am on Friday and the committee members will subsequently leave for Mir Ali to hold talks with protesters who have been staging a sit-in in the area.