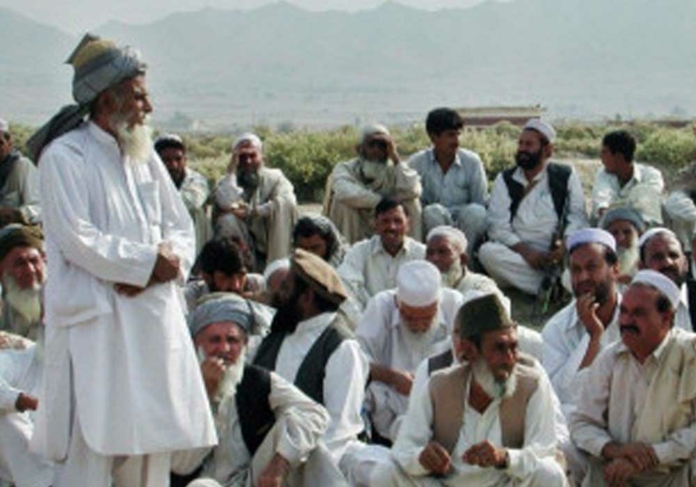 Participants of the Swat Qaumi Jirga on Tuesday unanimously rejected the need for military operations in Swat and Malakand divisions and clarified that the desired objectives could easily be achieved by providing necessary resources to the police.

An extended meeting of the working committee of Swat Qaumi Jirga was held under the chairmanship of Sher Bahadur Khan, in which the leaders of Swat Qaumi Jirga Mukhtar Khan Yousafzai, Sher Shah Khan, and dozens of other elders participated. Important decisions were made at the meeting in view of the current situation in the region. The jirga severely criticized the behavior and performance of the federal and provincial governments and declared the spokesperson of the provincial government was behaving as if he was the spokesperson of the terrorists.

The Swat Qaumi Jirga discussed in detail the overall situation of law and order in Swat and the effects of the people’s resistance struggle against terrorism and it was decided that keeping the Swat Qaumi Jirga above party interests, it should be integrated as a truly national platform of the real Swat. It decided that the ongoing democratic resistance struggle would be continued to protect the lives, property and interests of the people of Malakand division, especially of Swat, and added that for the establishment of real and sustainable peace in the area, efforts would be made with the civil administration to prevent the area from terrorism, extortion. All possible legal efforts will be made to keep it free from target killing and fear, the participants vowed.

The jirga participants severely criticized the behavior and actions of the federal and provincial governments, and provincial spokesperson Barrister Saif was declared a spokesperson of the terrorists instead of the people and the provincial government. They demanded that if necessary, the process of negotiations should be carried forward under the auspices of the governments and parliament within the framework of the constitution and should be secretive. The people should be freed from the negotiation process; otherwise, the federal and provincial governments and these secret forces would be responsible for the future destruction, they said. The jirga participants expressed satisfaction over the awareness and protests of the brave people of Bajaur, Dir, Buner, and Shangla against terrorism, and prayers were offered for the martyrs of the recent terrorist incidents. They demanded that criminals responsible for these incidents should be arrested immediately. They should be punished according to the law and a reasonable martyr package should be announced for the families of the martyrs, they demanded.