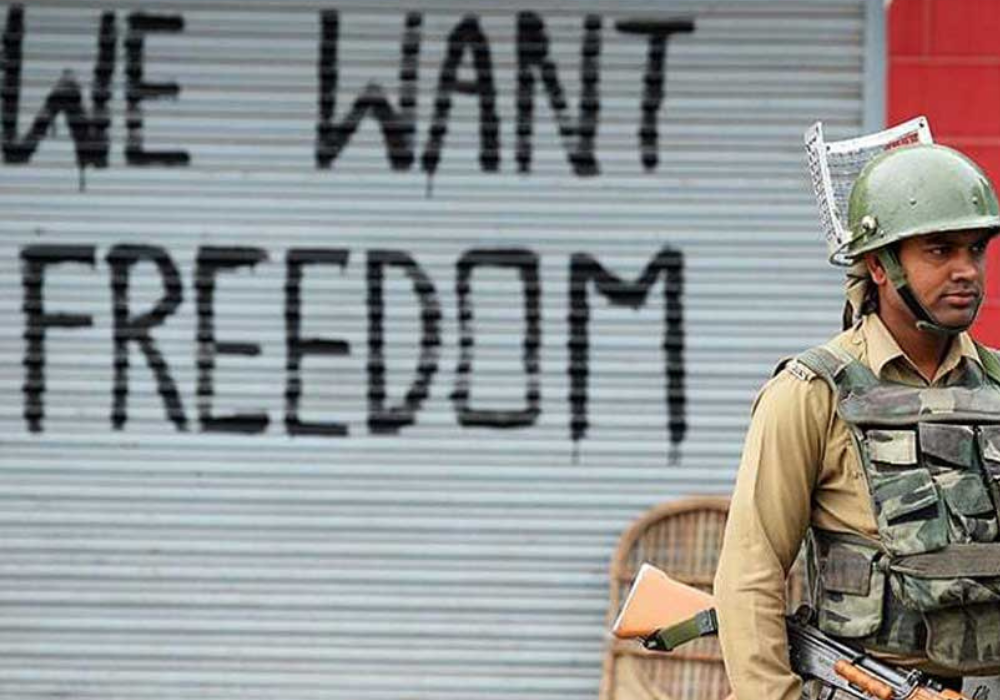 Kashmir is an integral part of Pakistan and Kashmiris don’t want to live without Pakistan, said Jammu Kashmir Liberation Cell (JKLC) Secretary Ijaz Hussain Lone on Thursday during a meeting with journalists in Lahore.

Lone said that Pakistan’s role toward the Kashmir issue was remarkable and every Kashmiri was thankful to Pakistan and its citizens for their unconditional support for the Kashmir cause. He said the way Pakistan intensified its advocacy on Kashmir after India scrapped the minimal autonomy of Jammu and Kashmir, was unprecedented.

“Kashmir issue was among the big problems not just for the region but also for the international community. Occupied Kashmiris are facing severe human rights violations while the role of international community is regrettable,” he said, adding that now it had been acknowledged by everyone that it was very hard for Kashmiri people to live with India after abrogation of Article 370, which effectively scrapped Kashmir’s special status.

He furthered that India had created a hell like situation for the Kashmiris as they have been forced to face every kind of human rights violation, maintaining that the situation of Azad Kashmir could never be compared with Indian Occupied Jammu and Kashmir because the former was running its affairs independently as per United Nations’ (UN) obligations.

Lone said that JKLC was playing a key role in highlighting human rights violations in occupied Jammu and Kashmir at national and international levels. To break Indian propaganda, necessary steps were being taken to bring issues related to research in line with modern requirements.

Speaking about media’s role in the conflict, he admired that national print and electronic media including columnists always played an important role in highlighting the grave human rights violations by India in occupied Kashmir.

“We need to make the world aware of this issue and increase the pressure on the international community to force India to make the necessary arrangements to give the Kashmiri people their birthright of self-determination,” he said. “No matter how much India consolidates its hold on occupied Kashmir, it could never achieve its goals. The Kashmiri people have never accepted Indian domination. They are engaged in the struggle for independence and sooner or later occupied Kashmir will become independent from India and become part of Pakistan.”

Highlighting the need for awareness further, he revealed that various awareness programs that were targeted at the youth were being launched regarding the Kashmir issue.

India was defaming the Kashmir independence movement by spreading baseless and false propaganda to mislead the world, he added. Special attention was being paid to research related issues to break this propaganda. For this purpose, the services of eminent researchers had been procured by setting up a research department on modern lines, said Lone.