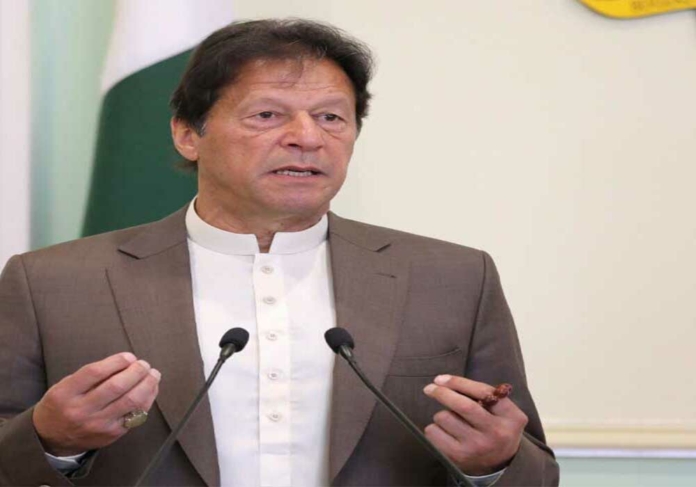 Pakistan Tehreek-e-Insaf (PTI) Chairman Imran Khan has said that Arshad Sharif stood on the right path for the sake of his country and that journalists like him are assets to the country. He also said that when a society stands on the right path it starts progressing.

Addressing the Government Murray College Sialkot Imran Khan said that the status of Arshad Sharif was martyrdom and that he will fight these thieves as long as he is alive.

The former prime minister further said that the living societies stand up against oppression and injustice; He further added that Islam has commanded us to wage jihad against injustice.

PTI Chairman also said that our country has been ruled by the powerful. He said that the small thief was in jail and the biggest robber has become the Prime Minister of the country.

He added that the difference between human society and animal society is justice.

After his address at Government Murray College Sialkot, he reached to address Sialkot Lawyers Convention.

PTI Chairman was warmly greeted on both avenues.

Addressing the lawyer’s convention he targeted the coalition government. Imran Khan said that 60 percent of the federal cabinet is on bail. He further added that the decisions of their cases were going to be announced but they were made the rulers of the country.