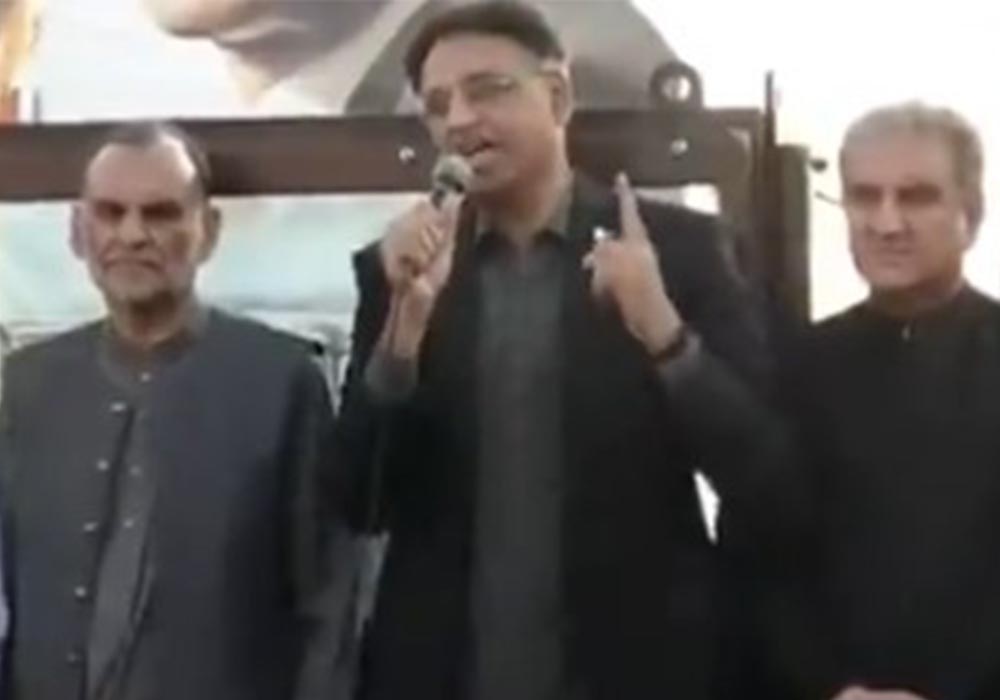 PTI Secretary General Asad Umar said that the judiciary was respectable to him but they got irked by the closure of roads and they didn’t think about what was done to Azam Swati.

He said that inhumane behaviour was done to him and still he was seeking justice.

Asad Umar said that there were two ways. He said that one way was of Pakistan’s sovereignty and dignity while the other was of bowing before others and surrendering the national interests. He asked the judiciary that the doors of justice were closed for the people. He said that Pakistan had reached a historic moment.

PTI Senator Faisal Javed said that Imran Khan was advised to address the rally through video-link but he came despite all the pain. He said that a true leader like Imran Khan would always stand with his people.

Pakistan Tehreek-e-Insaf (PTI) leader and former federal minister Fawad Chaudhry has said that there were made mistakes by the institutions in the past. He said that the public mandate was snatched but a new sun will rise after the sunset of the coalition government.

PTI leader and former CM KP Pervaiz Khattak said that the nation and people of the country will come out for a better Pakistan. He said that all of them in the current coalition were thieves but Imran asked about their corruption for the first time.

PTI Vice Chairman and former foreign minister Shah Mehmood Qureshi said that people came in such big numbers that still rallies were on the way but Pindi was filled. He called Rana Sanaullah to see if anyone of the PTI supporters was looking scared. He said that the planning of the planners has failed badly.

Sheikh Rasheed said that national security would be at risk due to economic conditions. He said that the country of 240 million people was plunged just because of the incompetency of the current rulers. He said that the already rejected were made to rule the country. He called on Rana Sanaullah to come in front and the sea of people will take him away.

PTI Senator Azam Swati said that every Pakistani was asking the reason for ousting Imran despite having achieved the best economic targets. He said that Imran had conveyed the message to the powerful before the regime change that the economy will be ruined but nobody paid heed. He urged everyone to stand with PTI Chairman until the target of real freedom achievement will be achieved.