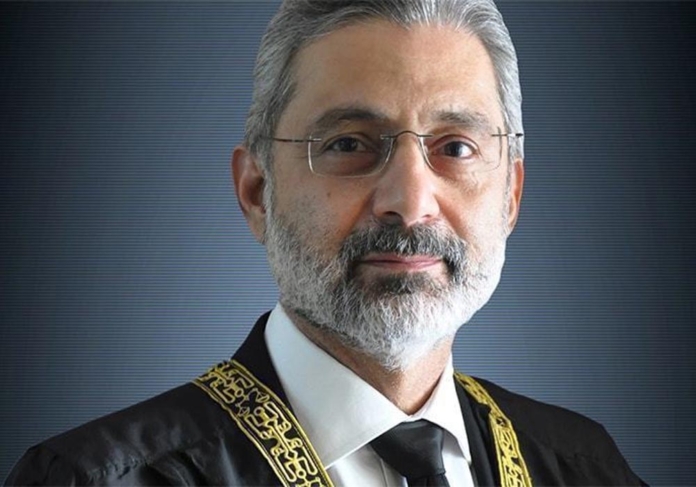 Justice Qazi Faez Isa was irked by the closure of Shahrah-e-Dastoor.

A video has been circulating on social media showing Justice Qazi Faez Isa. The honourable judge of the Supreme Court was seen going to police officers. He was trying to remind them of their duties.

It could be heard that he was irked with the local stalls being placed on the Shahrah-e-Dastoor.

He went to different stalls and police officers in the video of less than a minute. Apparently, he was trying to remind the police personnel about their duty of getting the area cleared off the road where many important government installations are present.