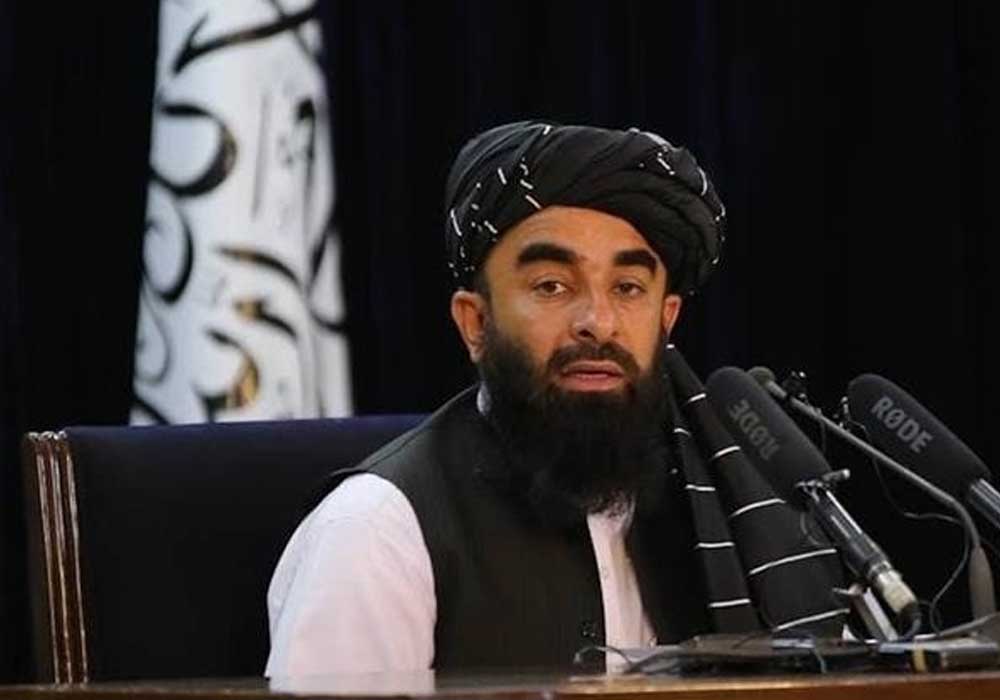 The Afghanistan government desires better relations with all its neighbours, including Pakistan, and believed in all the resources and means that could help them meet the goal, Taliban chief spokesperson Zabiullah Mujahid said on Tuesday.

His statement came a day after the National Security Committee (NSC), under the leadership of Prime Minister Shehbaz Sharif, asked the government in Kabul – without naming it – not to provide sanctuaries to Pakistani terrorist groups on its soil. Pakistan has witnessed a sharp rise in terror incidents, especially in Khyber Pakhtunkhwa and Balochistan, during the past couple of months after the Tehreek-e-Taliban Pakistan (TTP) declared to end the ceasefire with Pakistan.

Earlier, Interior Minister Rana Sanaullah, in an interview with a Pakistani news channel, had said, “Islamabad may target the TTP in Afghanistan if Kabul does not take action to dismantle them”. Expressing his disappointment over the recent statements by the Pakistani authorities, the Taliban spokesperson said they are trying their best to ensure that Afghan soil is not used against Pakistan or any other country.

“It is also the responsibility of the Pakistan side to try to control the situation and avoid issuing baseless and provocative statements,” he said, adding that such statements and an atmosphere of mistrust are not in the interest of any party. The Afghanistan government does not only give importance to peace and stability inside the country but in the entire region, the Taliban spokesperson said and vowed that his country would continue its efforts in this regard.

On Monday, the NSC decided that no country will be allowed to provide sanctuaries and facilitation to terrorists and Pakistan reserves all rights to safeguard its people. The resolves come during the 40th meeting of the NSC held in Islamabad, according to an official statement issued by the Prime Minister’s House on Monday. The law and order situation in the country has worsened over the past few months. Terrorist groups, including the banned Tehreek-e-Taliban Pakistan (TTP), executed terror attacks across the country.

The forum also reiterated its resolve to have zero tolerance for terrorism in Pakistan and reaffirmed its determination to take on any and all entities that resort to violence. “This [terrorism] will be dealt with the full force of the state. Pakistan’s security is uncompromisable and the full writ of the state will be maintained on every inch of the territory,” the committee decided as the nation of 220 million continue to deal with rising terrorism in the country. The forum underscored that comprehensive ‘national security’ revolves around economic security and that sovereignty or dignity comes under stress without self-sufficiency and economic independence. The committee was also apprised of the security situation of the country with a particular focus on recent terror incidents in Khyber Pakhtunkhwa and Balochistan.