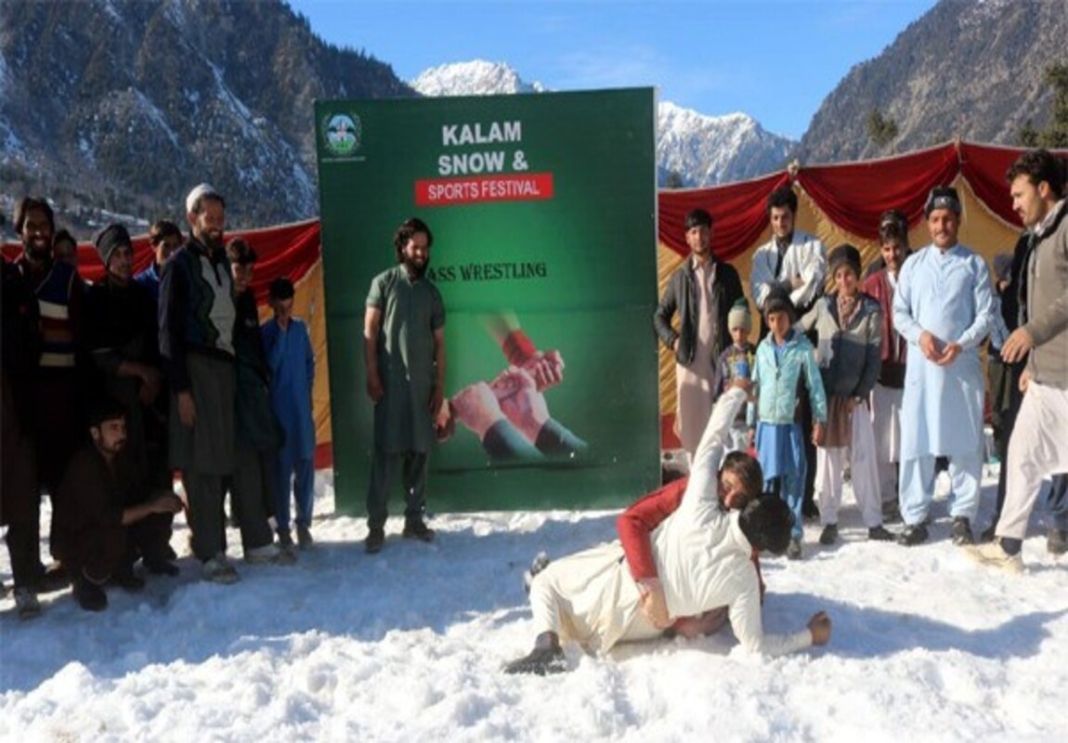 The three-day Winter Snow Festival that began in the heart of the thickly covered snow peaks of Kalam in the Swat district of Khyber Pakhtunkhwa ended on Sunday.

The festival – organised by the district administration of Swat – welcomed a large number of visitors and tourists, who participated in multiple snow games and musical shows.

Swat Deputy Commissioner Junaid Khan awarded those who installed the best stall in the festival and gave them cash along with shields. Position holders of different sports events were also awarded by the deputy commissioner.

On the occasion, the Swat DC said, “We are trying to arrange such events to gain attention from tourists; we have a ski resort and slopes in Malam Jabba which is about 9,200 feet in height and is near Islamabad. The tourists took a keen interest in it.”

“Snow tubing, ice skating, and other activities were included in the festival and the fireworks as well. Malam Jabba has become one of the favourite spots when it comes to winter sports, and we are trying to arrange similar festivals in Gabin Jabba and Athrrot as well,” he added.

He further said the government was determined to build link roads to tourist spots to attract a maximum number of local and foreign tourists.

The festival aimed to attract domestic and foreign tourists to the picturesque spots in the Malakand division of KP province.

He said tourists from all over the country enjoyed various adventure sports activities – including a leap of faith, zip line and rock climbing.

“This is a paradise on earth. I came here along with my colleagues for two days, but now I don’t want to leave this scenic valley,” said 21-year old Tanzeela Zaman, a tourist from Karachi. She said tourists took a keen interest in adventure sports.

“I have been to Murree several times, but the scenery, walking tracks, deep forests and weather always attracts me to visit Swat valley,” said an English professor from Lahore College University. Most of the tourists flocked to the valley along with their families, declaring the journey a long-lasting experience.

A special literary session was also arranged in the festival in which several poets took part.