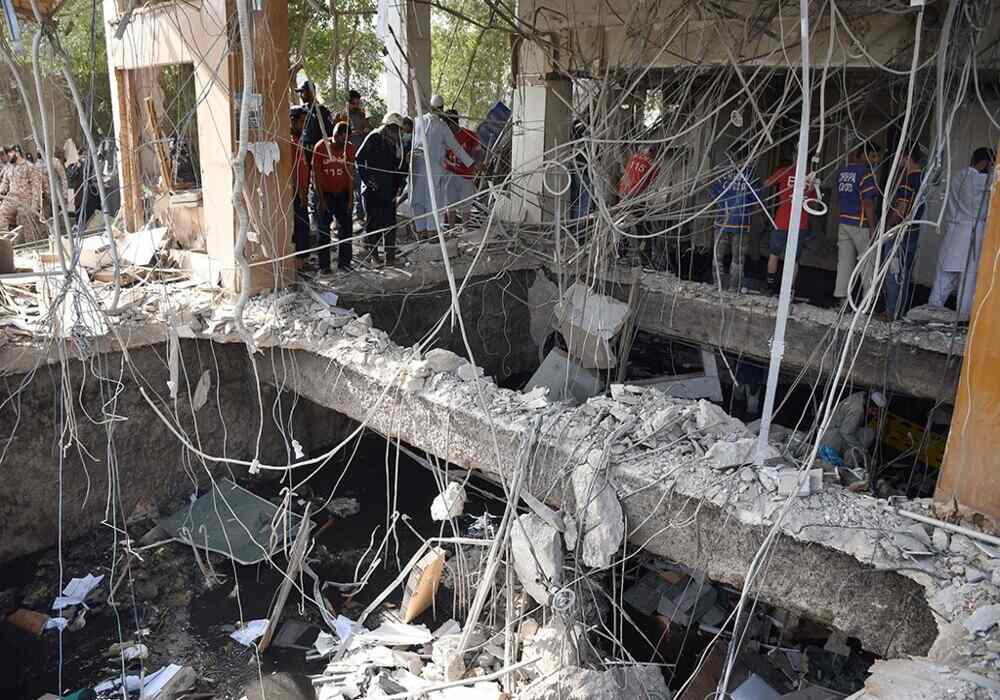 On Saturday morning, the city of lights got the most devastating news when a blast occurred at Sher Shah Paracha Chowk in a building that killed more than 10 people and injured dozens.

That blast surely was eye-opening for the government and municipal facilities as the building was built on a drain and there was no one who could have imagined that illegal construction could cause such horrific incidents.

Karachi’s unplanned expansion of concrete buildings and illegal constructions are going on for many past years.

Meanwhile, Sindh Chief Minister Murad Ali shah asked the commissioner of the city to investigate the incident and the minister for industries had also asked the managing director to find out the root cause of the blast, in which a total of 17 people died.

According to the initial report from the bomb disposal unit, the gas leakage happened in the sewer and it got mixed with toxic and non-toxic materials. No traces of any explosive were found on the site.

The Sui Southern Gas Company Limited (SSGCL), after an examination of the site, also denied that a gas pipeline had exploded and stated that there was no possibility of natural gas leakage from its supply system.

All authorities have a firm belief that the cause was gas leakage from the sewer.

Meanwhile, Sindh Minister for Industries and Commerce and Cooperative Department Ikramullah Dharejo said that a committee was being set up, which would be headed by the MD-SITE to find out the cause of the blast.

He informed media that any conclusion right now would be premature, and there was a sewerage nullah at the site with several buildings along or over it. He added that the building was quite old and was built in 1964.

While giving the details of the building, he stated that the structure was constructed more than 50 years ago over a drain. He said nothing would be left unattended and all the possible aspects would be investigated for an accurate conclusion.

Even officials did not have any idea about the legal standing of this building. Mukhtiar Ali Abro, deputy commissioner-Keamari, did not know whether this building was on legal land or not or even if it was marked as an encroached building.

The final report can explain the theories about the blast and the building’s status. Sindh CM Murad Ali Shah said that police and all the stakeholders should be part of this inquiry and no aspect should be left behind.

Meanwhile, Sindh government spokesman and Karachi Administrator Murtaza Wahab said that the proposed law of the government for the regularisation of buildings would not provide any legal cover to buildings such as these which were raised on drains.

Wahab also came to visit the injured and while talking to the media said that the Sindh Commission for Regularization of Construction Ordinance would not support illegal structures.

He also said that this law would ensure that people were living in safe buildings and there would be no ‘China-cutting’ in the city.