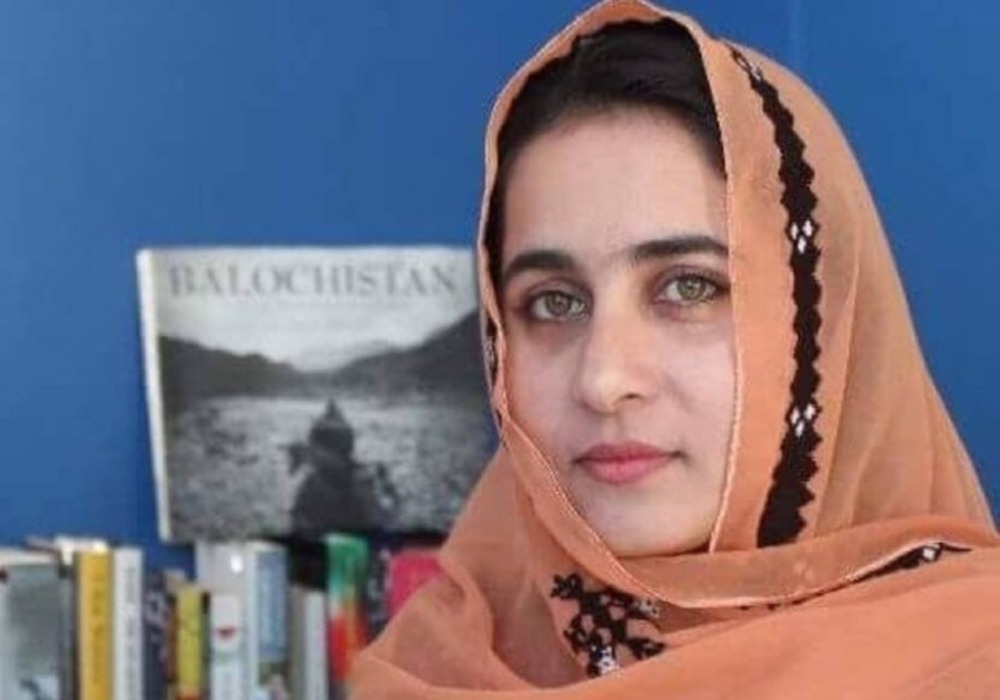 Baloch Women Forum (BWF) held a seminar on the occasion of the first death anniversary of Baloch activist Karima Baloch in the Quetta Press Club on Wednesday.

The session began with a documentary on the life and political struggle of Karima Baloch. The speakers said that Karima’s struggle showed the Baloch nation – particularly the women – the true path of making contribution to their nation.

While addressing the people, Azim Baloch, the general secretary of Baloch Students Organization, said that Karima Baloch knew about the “philosophy of struggle”. The end of every struggle, he added, was to sacrifice one’s life, which [Banuk] Karima Baloch did.

“Karima was not a celebrity, but she was a real student leader,” Baloch said.

Warangi Luni of Pashtoon Tahafuz Movement (PTM) also participated in the seminar. Addressing the gathering, Luni said that the [murderers] succeeded in killing Karima but failed to kill her ideology. She added that with her killing, they thought they had ended the Baloch cause but they do not know that “Baloch land is full of Karimas”.

Baloch activist Dr. Mahrang Baloch also joined the ceremony and spoke to the crowd. “Karima Baloch did not choose resistance, but resistance chose her,” she said.

Deputy Organizer of National Democratic Party, Rasheed Karim said that the life of an intellectual, writer and leader began after their death.

Moreover, the Head of the Department of Balochi, University of Balochistan, Dr. Rahim Mehr narrated a fictional story of Karima and addressed the crowd on her literary expertise.