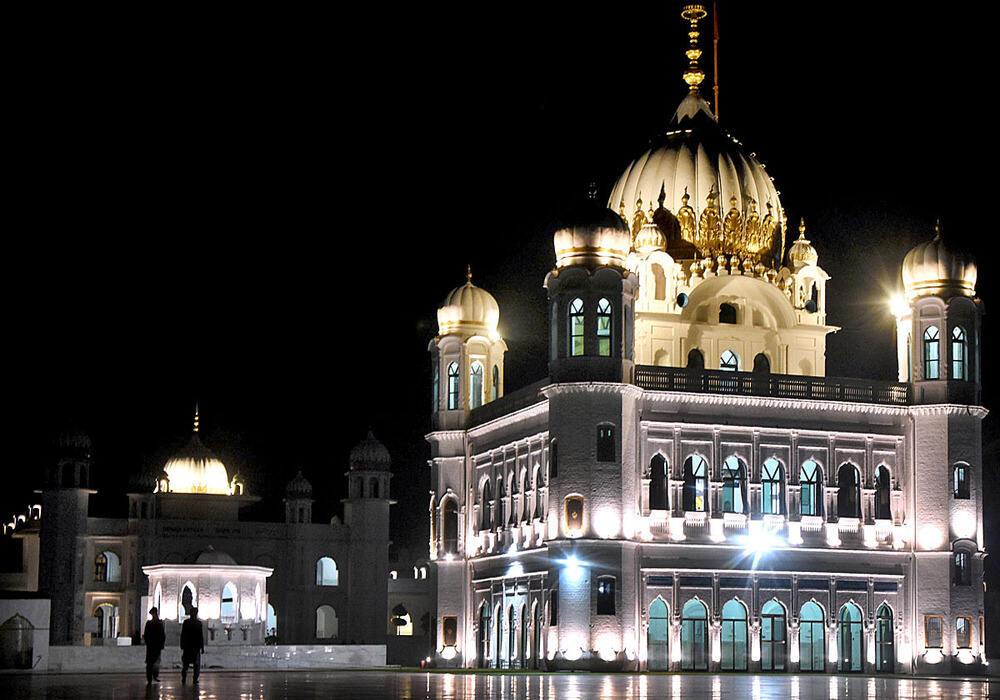 Pakistan and India have agreed to re-open Kartarpur Corridor on the 552nd birth anniversary of the founder of Sikh religion Guru Nanak Dev Ji after almost one and a half years of its inauguration on November 9, 2019.

Evacuee Trust Property Board (ETPB) Chairman Dr. Aamer Ahmed confirmed to Minute Mirror on Tuesday that the arrangements to re-open the corridor near Narowal border were finalized by the government.

The visa-free entry to Indian Sikh pilgrims through the corridor to the resting place of Guru Nanak (Kartarpur) was allowed two years ago but it was closed on March 16, 2020 – four months after its inauguration by the prime ministers of Pakistan and India – to curb the spread of Covid-19.

Pakistan declared more than a week ago that it was ready to re-open the corridor but the Indian government, after delaying the decision for days, finally on Tuesday announced the reopening on November 19, following the widespread demand from Sikhs as they prepared to celebrate the event.

Dr. Ahmed said Sikhs from all over the world had started reaching Pakistan to attend the week-long celebrations, which would start on Friday morning.

Federal Information Minister Fawad Chaudhry said on Sunday that over 8,000 Sikhs from different countries including India would reach Pakistan by Thursday. Devotees from Afghanistan, Canada, Britain, Australia, and other countries were also arriving, he added.

There were conflicting reports about the numbers of Sikh pilgrims, but Indian media reported that Pakistan embassy in New Delhi granted permission to 855 Sikhs to attend the celebrations.

The ritual is called Akhand Path. The devotees would organize Nagarkirtan, a day before Gurupurab on Thursday. Singers would sing hymns during the Nagarkirtan by holding the Sikh flag Nishan Sahib.

On Friday, the celebrations would start with Amrit Vela at dawn, the morning hymns called Asaa-ki-Vaar. The followers would then move on to reading the scripture called Katha. Volunteers would organize free food (langar) all over the week for visitors, which would include followers of other religions including Muslims of the area.

Radio Pakistan reported that members of the Sikh community from Afghanistan had arrived in Pakistan through Torkham Border, while Indian Sikh yatrees would be arriving in Pakistan on Wednesday through Wagah Border.

During these celebrations, Sikh yatrees would also be visiting Darbar Kartarpur Sahib. The celebrations would continue till November 26. Special arrangements have been made by Pakistan Rangers, police, and other law enforcement agencies to provide full security to the visitors.

ETPB has also made traveling and accommodation arrangements for the guests. Special trains and buses would be operated by the government to facilitate the traveling of yatrees from different cities to Nankana Sahib.

Guru Nanak was born on April 15, 1469, at Rai Bhoi Ki Talwandi, around 50km west of Lahore. A Gurudwara was built at his birthplace in the city now known as Nankana Sahib. Nanak Dev Ji is regarded as a spiritual master of the subcontinent. The 15th century saint of Punjab had millions of followers across the world.

Granth Sahib verses have preached the oneness of God (Waheguru), selfless service to humanity, prosperity, and social justice for all, irrespective of differences. The role of a guru as a spiritual and social master, forms the foundation of Sikhism.

The 10th Guru introduced the Khalsa, or ‘pure ones’ and the ‘five Ks’. Just before he died in 1708, he proclaimed Guru Granth Sahib, the holy scripture, as the future symbolic guru. The ten gurus founded the Sikh religion over a period of more than 200 years.

There are around 25-30 million Sikhs worldwide, of whom 22-28 million live in India, which thus represents around 90 percent of the total Sikh population. About 76 percent of all Sikhs live in Indian Punjab.

The birth anniversary of Guru Nanak Jayanti and Gurpurab is the most important festival for the Sikhs. The festival is celebrated on the day of Kartik Poornima, which is the fifteenth lunar day in the month of Kartik according to the Hindu calendar, and usually falls in the month of November by the Gregorian calendar. This year, the date falls on November 19.