PM Shehbaz urges UN to honour its commitments on Kashmir 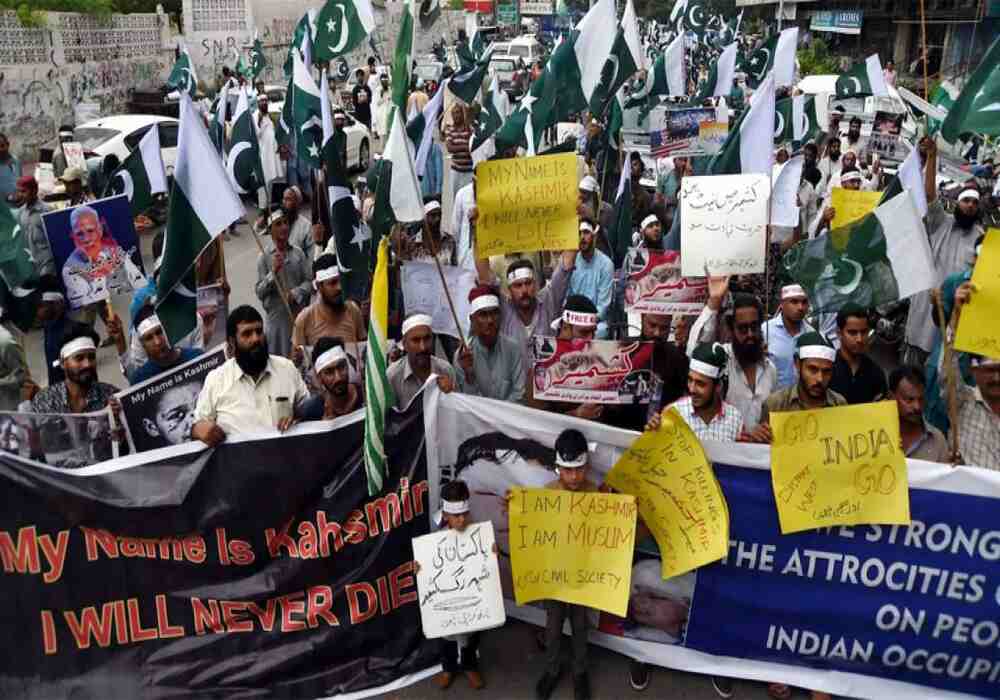 Kashmiris on both sides of the Line of Control and the world over will observe the Right to Self-Determination Day today (Thursday) with the renewed pledge to continue their freedom struggle till it reaches its logical conclusion.

According to Kashmir Media Service, call for observance of the Day has been given by the All Parties Hurriyat Conference. The Day will be marked by various activities including protest demonstrations, rallies, seminars and conferences in Indian Illegally Occupied Jammu and Kashmir (IIOJK), Azad Jammu and Kashmir, Pakistan and in all major capitals of the world to remind the UN that it must implement its relevant resolutions to settle the Kashmir dispute to save the Kashmiris from the Indian brutalities.

It was on 5th January in 1949 when the United Nations Security Council passed a resolution supporting the Kashmiris’ right to decide their future by themselves under a UN-supervized plebiscite.

The unresolved Kashmir dispute has become a nuclear flashpoint in South Asia. January 05, 1949 resolution provides the base for settlement of the lingering dispute, however, India’s continued intransigent attitude had been an impediment in the way of achieving this objective. It is unfortunate that the World Body has failed to implement its resolutions, resulting in the continued sufferings of the Kashmiri people.

The principles laid down in the communications of India and Pakistan with the UNCIP (United Nations Commission for India and Pakistan) on Kashmir dated December 23 and December 25 and adopted by the Commission, are supplementary to the Commission’s Resolution of August 13, 1948. Argentina, Belgium, Colombia, Czechoslovakia and the US were members of the commission. The Resolution was unanimously adopted by the UNCIP on January 05, 1949. Earlier, a ceasefire came into effect between Pakistan and India one minute before midnight of first January 1949, following the agreement arrived at through the Commission’s resolution of 13th August 1948.

Today 75 years have lapsed, but no concrete steps have been taken to implement the resolutions of 13th August 1948 and 5th January 1949. The Narendra Modi-led fascist Indian government is using Indian army establishment and dreaded agencies RAW, Intelligence Bureau (IB), National Investigation Agency (NIA) and Enforcement Directorate to unleash every kind of oppression to suppress the people of IIOJK. East Timor and South Sudan were granted freedom by holding plebiscite while people of Jammu and Kashmir are still facing state terrorism at the hands of Indian occupation forces.

The situation in occupied Jammu and Kashmir has become more terrible since August 05, 2019 when the Modi regime revoked the special status of the territory and snatched away all the basic rights and freedoms of the Kashmiri people. Thousands of Kashmiris including APHC Chairman, Masarrat Aalam Butt, Shabbir Ahmad Shah, Muhammad Yasin Malik, Aasiya Andrabi and Nayeem Ahmad Khan are languishing in Indian jails and rest are facing hardships due Indian state terrorism in IIOJK.

Meanwhile, Prime Minister Muhammad Shehbaz Sharif has said that the United Nations must honour the commitments it had made 74 years ago and support the Kashmiris’ struggle for self-determination.

The prime minister said the commemoration of the day was aimed at reminding the global community of its responsibility towards the oppressed Kashmiri people.

“Pakistan will continue to extend its unstinting moral, political and diplomatic support to the right of self-determination of the people of Jammu and Kashmir in accordance with the relevant UN Security Council resolutions,” he added.

Moreover, President Dr Arif Alvi has said that the international community, especially the United Nations, had the responsibility to ensure the fulfillment of the promise and support the people of the Indian Illegally Occupied Jammu and Kashmir in exercising their inalienable right to self-determination.