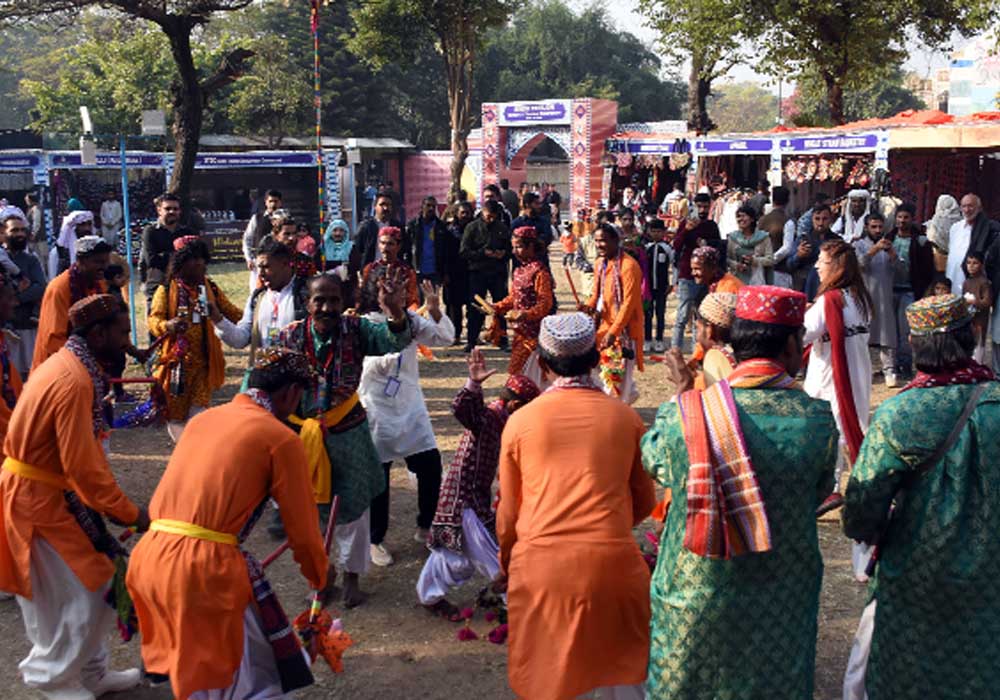 Like other provinces and regions, the rich culture, crafts, folk music, rituals and traditions of Jammu and Kashmir are being showcased at the Lok Mela festival through the participation of craftspeople, folk artists and musicians. 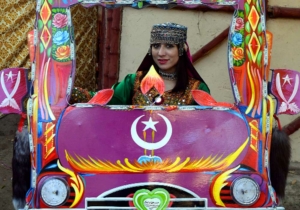 The Kashmir pavilion has been set up by Azad Kashmir Culture Department. A contingent of over 25 participants from Azad Kashmir is taking part in the festival. They include eleven craftspeople in the field of papier mache, wood carving, carpets, namada, gabba, Kashmiri shawl and embroidery. Artisans are Zulifiqar Ghazi, Yasmin Mustafa, Shahzadi Bano, Amjad Ali, Irfan Ghulam Nabi, Kh. Muhamad Siddique, Rizwana Naureen, Qazi Abdul Razzak, Sheikh Muhammad Yousaf, Najiba Hafeez, Jamal Zafar, and Ghulam Mustafa. Among the prominent artisans, Zulifiqar Ghazi specializes in the famous Kashmiri art “Papier Mache”. He not only excels in the art of papier mache and miniature, but is also an accomplished artist in stain glass, fabric designing, and traditional furniture painting. Ghazi paints nature, floral motifs, birds, animals, and Mughal monarchs in his paintings as well on ‘papier mache’ artefacts. With artistic skills and creativity running in his veins, Ghazi is determined to preserve and revive the golden era of Mughal artistic tradition. He has participated in several festivals, fairs and exhibitions in the country and abroad and won awards in recognition of his talent.

The other one is Irfan Ghulam Nabi. He is a master craftsman in wood carving from the Kashmir Valley. He learnt this art from his forefathers at the tender age of seven. Due to the oppressive policies of the Indian occupation forces, his family migrated to Pakistan and settled in Rawalpindi permanently. He is imparting training to several students, thus ensuring the continuity of his art to the younger generation. Irfan uses walnut wood, cedar, ‘delbergia sissoo’ (shisham) for creating exquisitely carved furniture, doors, boxes and decorative items.

He often uses teak wood for crafting the most intricately carved items. He carves nature, leaf patterns, animals and floral designs. Irfan took part in a number of festivals and exhibitions in the country and abroad. He has been attending Lok Mela annually for long and winning recognition for his talent. A cultural night was also part of the activities by Azad Kashmir Department of Sports, Youth and Culture during Lok Mela at Lok Virsa Open Air Theatre featuring many folk artists and musicians from Azad Kashmir.