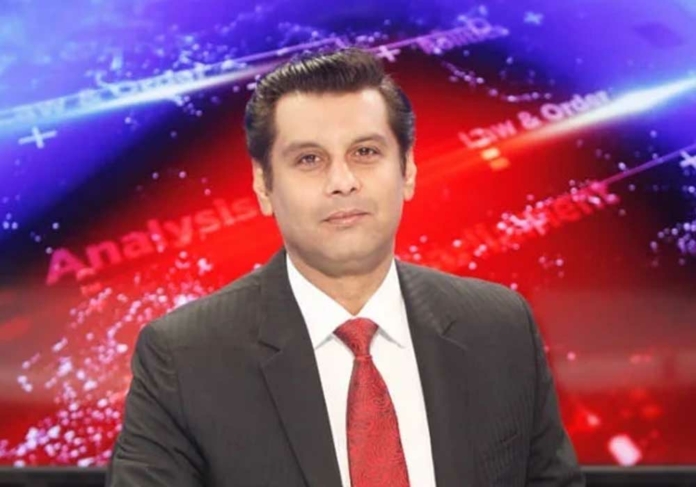 Officers of the General Service Unit – a paramilitary wing in the Kenya Police Service – sprayed bullets around 9:00pm Sunday at a car, which led to the death of senior Pakistani journalist Arshad Sharif on the spot.

The police of the east African country have so far developed the initial report on the incident and declared the high-profile killing as a case of “mistaken identity” but a leading newspaper of Kenya quoted an officer privy to the investigation as saying, “The truth might be in what has not been documented” in the police report.

Sharif was shot dead by police officers manning a roadblock along Magadi road last night. The town of Magadi has around 100-kilometre distance from Kenya’s capital Nairobi. He was driven by his brother (relative) Khurram Ahmed from Magadi to Nairobi.

“Mr Sharif died on the spot under a hail of bullets sprayed by GSU police officers from Magadi Training school, which is located a few kilometres from where the fatal shooting took place. According to a police report, which was recorded around 9pm Sunday night at Magadi Police Station, the slain journalist was being driven by his brother, Kurram Ahmed, on their way from Kwenia in Magadi, an area known for the conservation of the endangered Rüppell’s vulture. The surviving Pakistani national said that they were developers living in Nairobi. Independent Policing Oversight Authority (IPOA) deployed a rapid response team after Sharif’s death.”

The police claim that immediately after they branched into Kiserian-Magadi road from a dusty feeder road, they were flagged down by officers but defied. The police then opened fire. The bullets hit the car from all sides. The incident left the car with nine bullet holes on the left side of the windscreen, which is the side the deceased was sitting at; two bullet holes on the rear left back screen, one bullet hole on the rear right door, four holes on right side of the boot and one front right tyre that had been deflated. Khurram Ahmed reported finding a gunshot wound on Sharif’s head, which was likely the fatal shot. The bullet penetrated the back of his head and exited from the front.  In the police report, the GSU officers on the scene claimed they were put on high alert by Starehe DCI after a case of child kidnapping was reported. The car reported missing by a Kenyan national had a child in it. The child was later recovered in Kiserian while the car, a KDJ number plate, remained missing. However, the car Mr Sharif and his brother were in bore KDG number plates, pointing to a possible case of mistaken identity by the police.”

Arshad Sharif was vocally opposed to the PTI government’s ouster from power.

He had shifted the blame on the country’s powerful military establishment for the April episode –  the political development about which the military denied any involvement.

Well-qualified, 49-year-old Sharif enjoyed a more than two-decade long brilliant career in journalism, having a military-family background and millions of followers in Pakistan. He had to leave the country and subsequently the job at a famous TV channel as the host of a most-watched news show in August following the registration of cases against him under sedition charges.

He fled the country from Peshawar Airport to Dubai from where he went to London and other countries, starting his own YouTube channel.

Sharif was a strong critic of the incumbent unity government of around 13-party alliance the PDM (Pakistan Democratic Movement) and the Pakistan People’s Party. He was considered as pro-Imran Khan – the chief of the Pakistan Tehreek-e-Insaf and former prime minister – who strongly reacted to the incident and demanded a judicial investigation.

Khan said in his tweet, “Shocked at the brutal murder of Arshad Sharif who paid the ultimate price for speaking the truth – his life. He had to leave the country and be in hiding abroad but he continued to speak the truth on social media, exposing the powerful. Today the entire nation mourns his death.”

“A proper judicial investigation must be instituted to examine his own statements plus evidence that other sources have. We have descended into a state of brutality, unknown in civilised society, indulged in by the powerful against those who dare to criticise and expose wrongdoings. My prayers and condolences go to his grief-stricken family.”

The Islamabad High Court has ordered the secretaries of the interior and foreign ministries to submit a report to the court on the alleged murder of journalist Arshad Sharif by Tuesday.