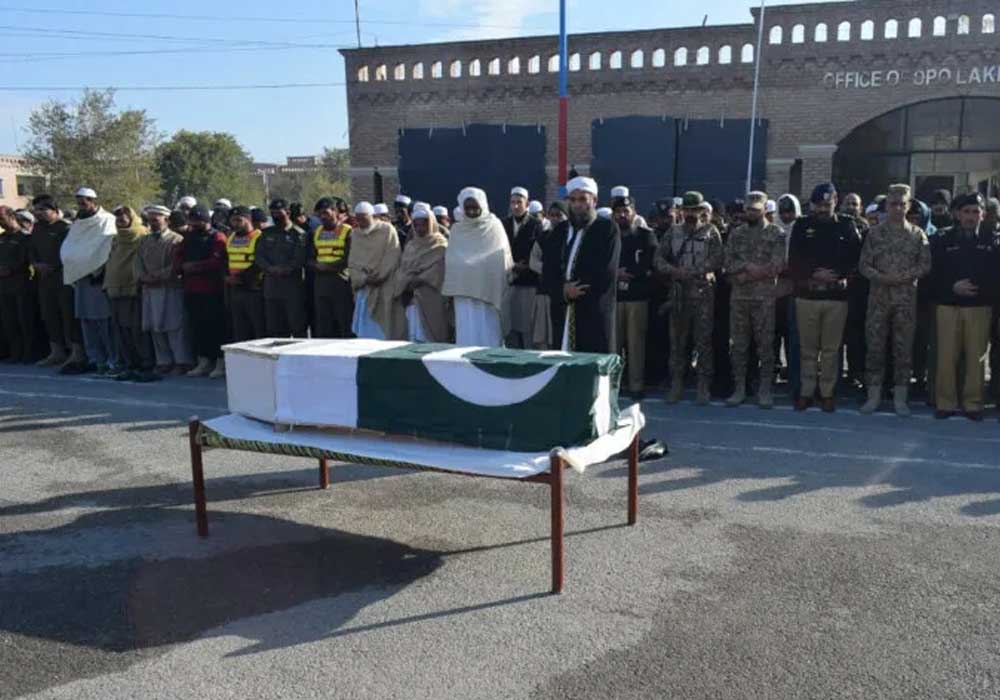 A police constable was martyred and a “key terrorist” was also killed during an attack on a police checkpost in the Shahbaz Khel area of Khyber Pakhtunkhwa’s Lakki Marwat district on Sunday.

The attack was carried out using RPG-7s, grenades, and other advanced weapons, according to a local police spokesperson. The police were able to thwart the attack, but Constable Tehsinullah of the Rapid Response Force was killed in the process. The suspected terrorist, Owais Abdulkhel, was wanted by the Counter Terrorism Department in Bannu for his alleged involvement in attacks on police and security forces. A search operation is currently underway in the area.

The attack comes amid a recent increase in terrorist activity across the country following the end of a months-long ceasefire between the government and the Tehreek-i-Taliban Pakistan (TTP). There has been a resurgence of militancy in Khyber Pakhtunkhwa, the southern belt, and the merged districts in recent weeks, with an increasing number of attacks on law enforcement personnel.

Just last week, a suicide bomb attack in Islamabad’s I-10/4 sector killed one policeman and injured six other people, including four police officers and two civilians.