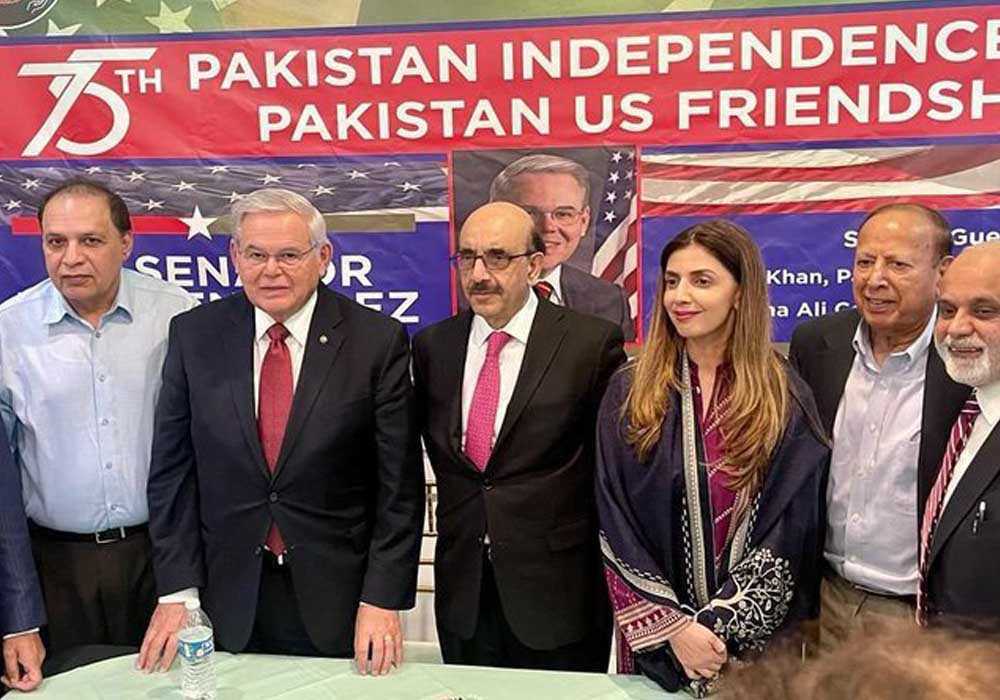 Describing the $53 million US aid to flood-ravaged Pakistan as a “drop in the bucket”, a prominent American lawmaker has called for doing much more for the relief of an estimated 30 million Pakistanis displaced by recent floods.

“We need to stand together with Pakistan,” Senator Bob Menendez, chairman of the Senate Foreign Relations Committee, told members of the Pakistani-American community in Edison, New Jersey. Speaking at a well-attended event organised by the American Pakistani Public Affairs Committee (APPAC), an active political group, he expressed condolences over the heavy loss of life resulting from the climate-induced floods. “We have to get a disaster relief package for Pakistan from the US Congress and organise an international donors’ conference for the flood victims in Pakistan,” he said.

Pakistan’s Ambassador to US Masood Khan thanked Senator Menendez, the US Congress and the US government for expressing solidarity with Pakistan and providing timely assistance at the initial stage of flood response in Pakistan. The Pakistani envoy also thanked Senator Menendez for closely monitoring the flood situation in Pakistan and reaching out to the US administration for providing urgent humanitarian assistance for rescue, as well as for advocating a long-term commitment for rehabilitation and reconstruction.

He also thanked the US for acknowledging the link between extreme weather patterns stemming from climate change and the unprecedented floods in Pakistan.

Dr Ijaz Ahmad, head of the APPAC, welcomed the senator, saying that the Pakistani community was working hard to raise funds for their compatriots in distress.  Present among other APPAC participants were Faizan Haq, Dr. Mehmood Alam and Asad Chaudhry. Ambassador Masood Khan also lauded the role of Pakistani-American community, humanitarian organisations, civil society members and philanthropists in mobilising support for flood victims in Pakistan.

“The real challenge lies ahead as we enter the phase of bringing life back to the flood-affected areas; rebuilding roads; repairing and restoring infrastructure; generating and cultivating crop land; and constructing houses, schools and hospitals,” he said, adding that this was a Herculean task for which Pakistan would need continued US support. Ayesha Ali, consul general of Pakistan in New York, appreciated the role of Pakistani-American community in raising donations, saying, “Our diaspora community has always stood up in times of need and has always given back to Pakistan.”

“The biggest challenge would be in the recovery and relief phase, and we should continue to support the flood victims in Pakistan,” she said.