KFUEIT: A model of industrial linkage and entrepreneurship for higher education 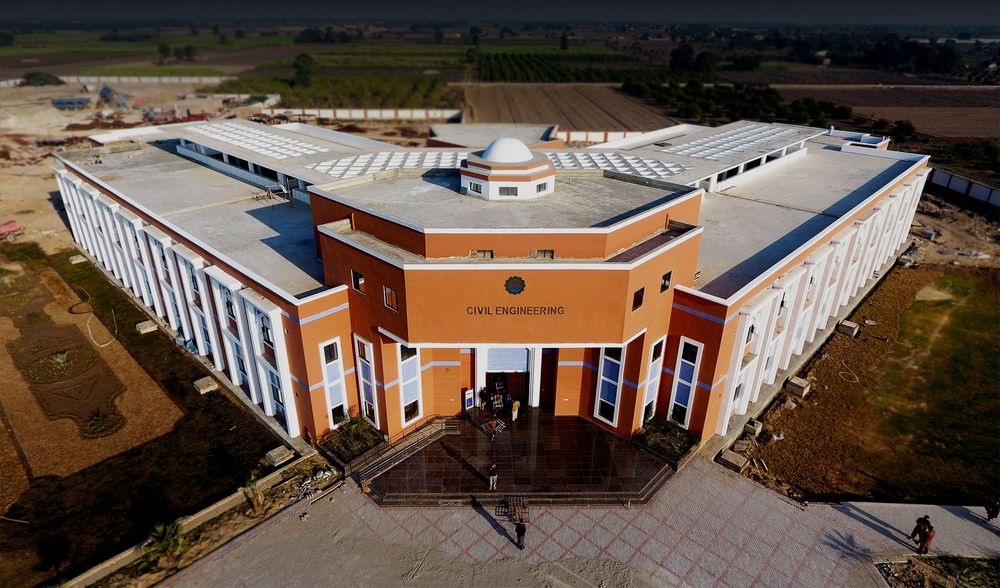 We are living in a globalized world. No doubt, it is challenging to align higher education with the changing socio-economic conditions of the country. It is the need of the hour to equip the youth with valuable skills which are compatible with the market and industry.

It is necessary for universities in Pakistan to do out-of-box thinking to meet modern challenges. In Pakistan, the role of universities in Pakistan is changing day by day. Now, universities are not just higher education institutions. It is one of the core responsibilities of the university to develop a research environment to properly address the agriculture, industry and social problems of the vicinity. Universities must develop good linkages with the industry and community. It is difficult to turn youth into success stories without the development of a vibrant educational, research-oriented, innovative and healthy environment in universities. New universities in the country have the potential to develop such a vibrant structure to meet the modern challenges in higher education.

Khwaja Fareed University of Engineering and Information Technology, located in extreme south Punjab, is a hope to change the socio-economic conditions of the region. It is one of the leading universities in Pakistan which has adopted modern university model and its management has evolved new strategies to meet the challenges in higher education and to develop a good educational, research-oriented, innovative and healthy environment for the students. Two years before Prof. Dr. Suleman Tahir took charge of KFUEIT as vice chancellor. In a short period, under his leadership, it has become one of the rapidly growing universities in Punjab.

It is one of the universities which is fully aligned with the educational vision of the Prime Minister of Pakistan Imran Khan, Government of the Punjab and Provincial Minister for Higher Education Raja Yasir Humayoun Sarfaraz. In two years, the number of students became almost double. More than thirty new BS, MS and PhD programs were initiated. To facilitate online education, university open courseware was implemented which contains learning material of all courses for students. To enhance the exposure of the students and for improved learning, guest lectures of professors from foreign universities were arranged in the majority of classes. To improve classroom teaching, a variety of faculty training workshops were organized in collaboration with PHEC.

Under PC 1 Phase II, eight development projects and twelve development projects from the university’s resources were initiated. These development projects include five faculty hostels, three boys hostels, two girls hostels, community center, executive club, guest house, market, wastewater treatment, shed for buses, etc. University service statutes were approved and implemented in April 2021. The process of recruitment of candidates was initiated in accordance with service statutes. University improved its position on the International GreenMetric ranking chart by 186 positions. International TIMES Higher Education Impact ranking (2021) declared KFUEIT among the top 300 to 400 universities worldwide. An increase of 107 percent in the number of students getting scholarships and a 955 percent increase in scholarship amount was recorded. University endowment fund was established. Seven thousand new books were included in the library. A new cafeteria was established. University fitness gym was opened for students and faculty. Twelve new buses were included in the transport fleet.

The fee of different undergraduate and graduate programs was reduced by 15 to 25 percent. Research publications were increased by 111 percent. 2050 percent increase in research project submission for different research grants was observed and as a result, KFUEIT won research grants 208 million rupees. To improve the co-curricular and extra-curricular eighteen new student societies were initiated. KFUEIT students participated in different national competitions and got distinctions. Students of KFUEIT participated in ‘One Day STEM & IT Innovations Expo 2021’ organized by ‘Pakistan Scientific and Technological Information Center’ (PASTIC). KFUEIT got the first position among more than forty-two universities and industries which were participated in the national event.

Business Incubation Center was established. First business expo was organized in 2021 in which students presented their business ideas and the winners were awarded with seed money for the business startups. It is an effort to promote the culture of entrepreneurship. University’s first research journal and e-Magazine ‘Baat’ was initiated. To provide students with all services at one window and to save their time ‘Student Facilitation Center’ was established. A bank branch was established on the campus. Under the vision of the prime minister of Pakistan, more than fifty thousand plants were planted on the campus. All research labs were upgraded under different annual development schemes. South Punjab Skill Development Institute was established in collaboration with NAVTTC. More than six hundred students are enrolled in different certificate courses. The directorate of sports was established and proper coaching of the athletes was initiated. KFUEIT athletes participated in different national events and won more than sixty medals. Indeed, it is a big achievement in a short time from zero to success. Recently, KFUEIT sports team participated in Prime Minister’s Kamyab Jawan Sports Drive 2021 and up to now won two bronze medals in female Judo competitions. It is hoped that KFUEIT team will get more victories in different games up to the end of the event.

Daycare center and Directorate of academics were established. To improve research and collaboration more than forty MoUs were signed with different national & international universities or organizations. Recently KFUEIT and International Management Institute (IWMI) Pakistan inked an MoU to establish a collaborative relationship in promoting policies and strategies for sustainable, gender-inclusive and equitable adaptation of climate-smart irrigation and water management practices leading to improve the livelihoods of poor and marginalized farmers in the Indus basin. Both organizations are already working together on solar-based precision irrigation under Solar Irrigation for Agricultural Resilience in South Asia (SoLAR-SA). A policy to improve financial discipline and to implement austerity measures was formulated and as a result, the university got financial stability and in 2021 first surplus budget of the university was approved. The research scholars at KFUEIT prepared a variety of consumer products in its labs which are ready for marketing. KFUEIT initiated different community development services like donating in the COVID relief fund, blood donation camps, RO water plants for the community and free medical camps, etc. University hosted national and international conferences on science, technology and religious harmony. Vice chancellors of different universities and government ministers visited KFUEIT at different events and appreciated the efforts for its rapid developments. A policy to improve good linkages with industry was implemented. Recently students of KFUEIT got internships in Unilever RYK.

No doubt, with all above said achievements KFUEIT is a successful model for all emerging higher education institutions in the country. It is the vision of vice chancellor Prof. Dr. Suleman Tahir that soon KFUEIT would become one of the leading universities in the world. The efforts of the vice chancellor and his team for the formulation & implementation of the right policies and the rapid development of KFUEIT are remarkable and a good model for those who want to grow in the higher education paradigm.