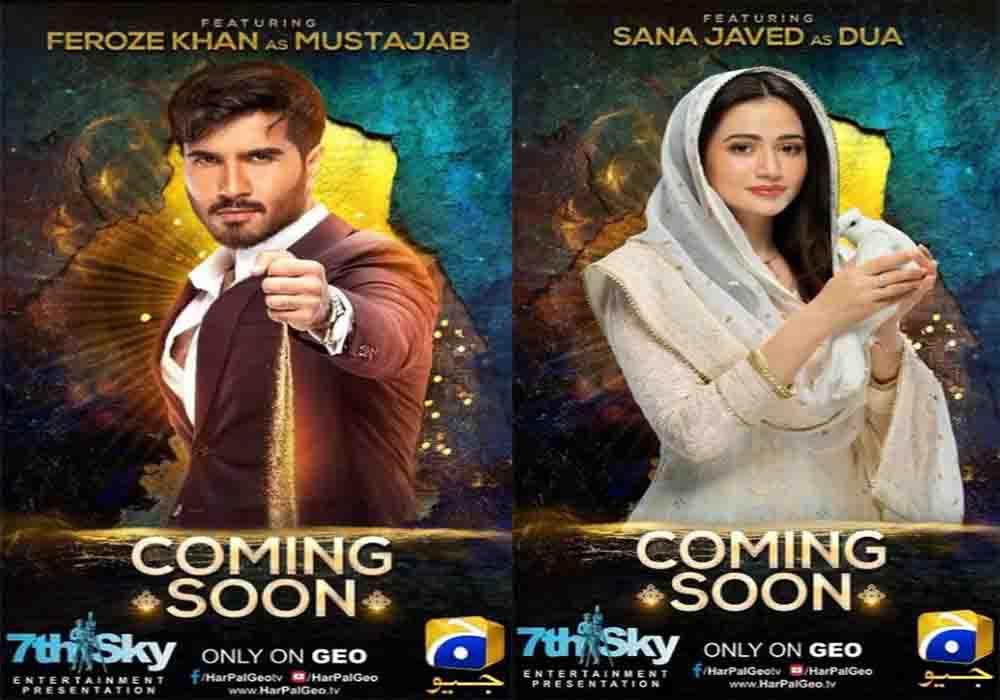 Ace director Aehsun Talish is bringing together the much-adored on-screen couple of Sana Javed and Feroze Khan to television screens once again, this time in a drama serial called Aey Musht-e-Khaak.

Both Feroze Khan and Sana Javed have been observed sharing their respective posters for the project on Instagram, which show that Feroze Khan will be performing a character named Mustajab while Sana Javed will be enacting a girl named Dua. The actress was also found saying that the serial is very close to her heart. Multiple celebrities including Humaima Malick and Umair Jaswal were found commenting on the posters, wishing the stars good luck for the serial.

Earlier, the duo of Feroze Khan and Sana Javed rose to fame with drama serial Khaani, which has been one of the most popular Pakistani drama serials to go on air, written by Asma Nabeel who left for her heavenly abode at quite a young age.

Produced by Abdullah Kadwani and Asad Qureshi, Aey Musht-e-Khaak seems to be a high-budgeted one, as most of the projects of GEO TV are. The exact release date for the serial, however, hasnâ€™t been announced yet.