Khaled Anam shares photos from the sets of his upcoming serial 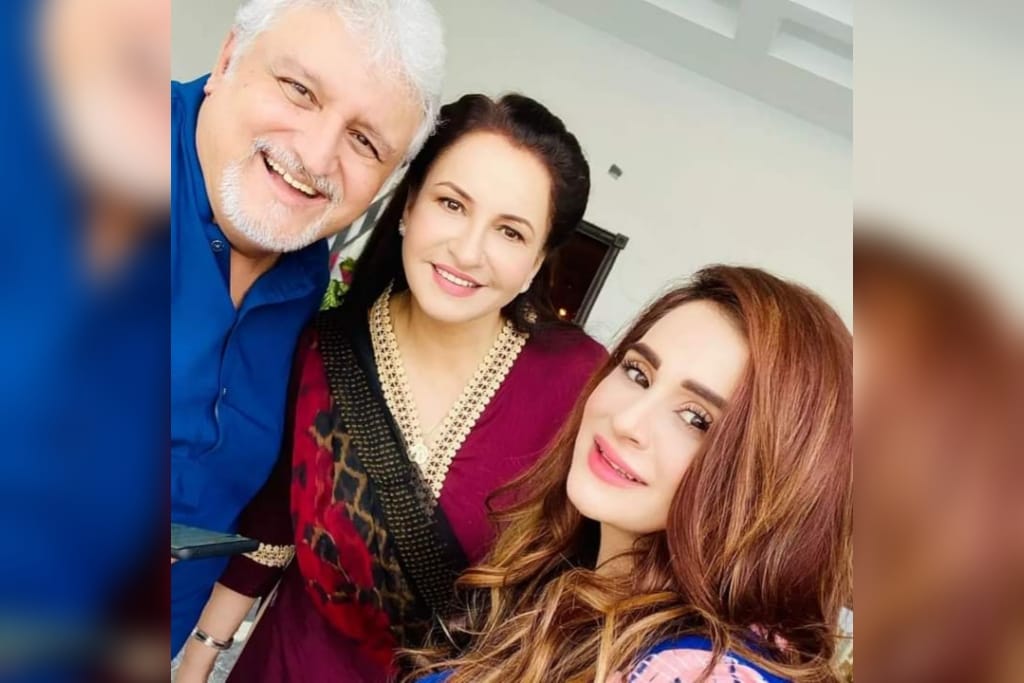 Khaled Anam’s energy and his never-ending passion for acting renders him an enviable artist. One of the most prolific actors of Pakistan, Khaled Anam has been working since the times of greats like Noorul Huda Shah and Shahid Kazmi and still doesn’t shy away from experimenting, thereby resulting in countless contemporary dramas starring him, such as “Kahi Unkahi”, “Muqaddas”, “Mere Dard Ko Jo Zuban Miley”, “Resham Gali Ki Husna” and “Ishqiya”. 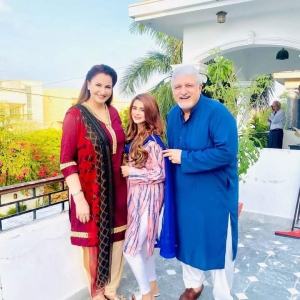 Just recently, Khaled Anam took to Facebook and Instagram to share the script of his upcoming project titled “Qismat”. A production of Samina Humayun Saeed and Sana Shahnawaz, the serial has been written by notable writer Seema Munaf, while Syed Ali Raza happens to be the director of this serial being made under the banner of Next Level Entertainment. 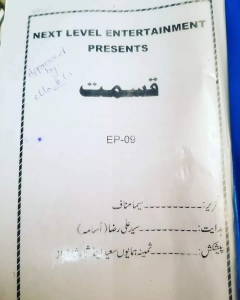 Apart from this, the veteran actor also shared a few pictures from the sets of the serial, most of them having Saba Faisal by his side. In a few other photos, Khaled Anam was also seen with Hafsa Butt, all of who seem to be having a lot of fun on the sets as is reflected through the lovely selfies and group photos exuding happiness.

The final date of the serial hasn’t been announced as yet. It is only through Khaled Anam’s updates from the serial’s sets that we have been informed that “Qismat” will be airing soon. With mature performers like Khaled Anam and Saba Faisal working in the production of Samina Humayun Saeed and Sana Shahnawaz, the serial can be looked forward to. One of the photos shared by the artist tells that the shoot of the ninth episode of the serial is under process. It is hoped that the project doesn’t stretch itself to the extent of growing boring but manages to entertain the viewers with a narrative unfolding and ending within a reasonable number of episodes.