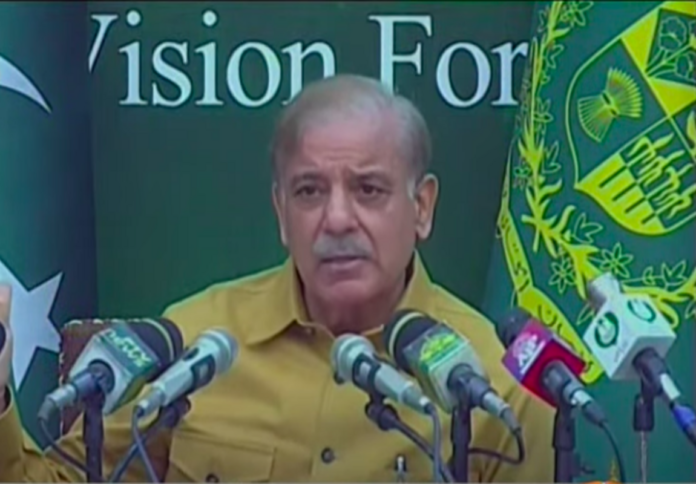 Prime Minister Shehbaz Sharif has rejected the allegations of former prime minister Imran Khan and said that he has accused Interior Minister Rana Sanaullah and an officer of an institution without any evidence.

He said that the interior ministry has been directed for a detailed investigation and cooperation with the provincial government as much as possible as there was no place for such baseless allegations. He said that Imran Khan was taking the country towards anarchy.

Shehbaz Sharif said that once again lies were spoken but there was no place for a such blame game in the country. He said that the worst allegations were lamented in media talks of the previous few days.

“Imran Khan has stood up against his own army and institution and was trying to attack the army just like an enemy of Pakistan,” said Shehbaz.