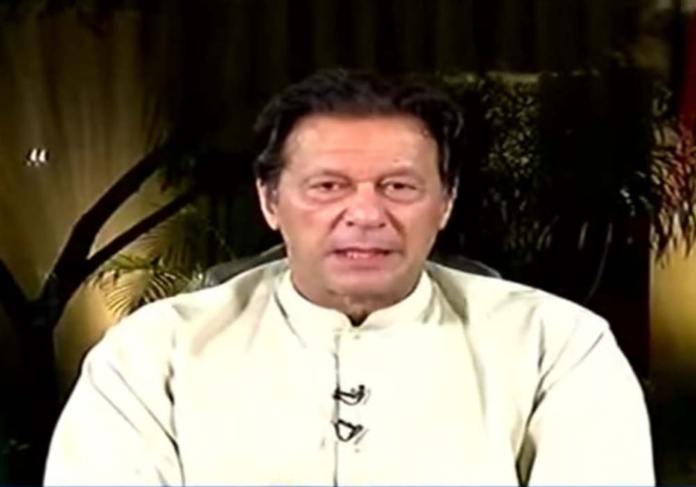 Former premier and chairman of Pakistan Tehreek-e-Insaf Imran Khan has urged his workers to end road blockades as the long march towards Islamabad has restarted.

He wrote: “As our Long March for Haqeeqi Azadi has resumed once again, I am calling on all our workers to end their road blockades with immediate effect.”

As our Long March for Haqeeqi Azadi has resumed once again, I am calling on all our workers to end their road blockades with immediate effect.

Earlier in the day, Pakistan Tehreek-e-Insaf protesters blocked roadways in Islamabad and the All Traders Welfare Association (ATWA) petitioned the Islamabad High Court (IHC) to order them to be opened (PTI).

PTI workers were demonstrating at the Islamabad M2 motorway for the past 4 days.

The long march started once again from the same spot in Wazirabad where PTI chairman Imran Khan escaped an attempted murder.

The PTI’s Haqeeqi Azadi march, which called for early and fair elections, was unexpectedly put to an end when Imran was shot in the leg.

The former prime minister and multiple other PTI leaders were hurt when a shooter opened fire at the PTI welcoming camp at Allahwala Chowk during the Haqeeqi Azadi march.

While talking to the worker Qureshi stated that PTI will not give up on its struggle for freedom despite the assassination attempt.

Imran Khan is expected to join the march from Rawalpindi.