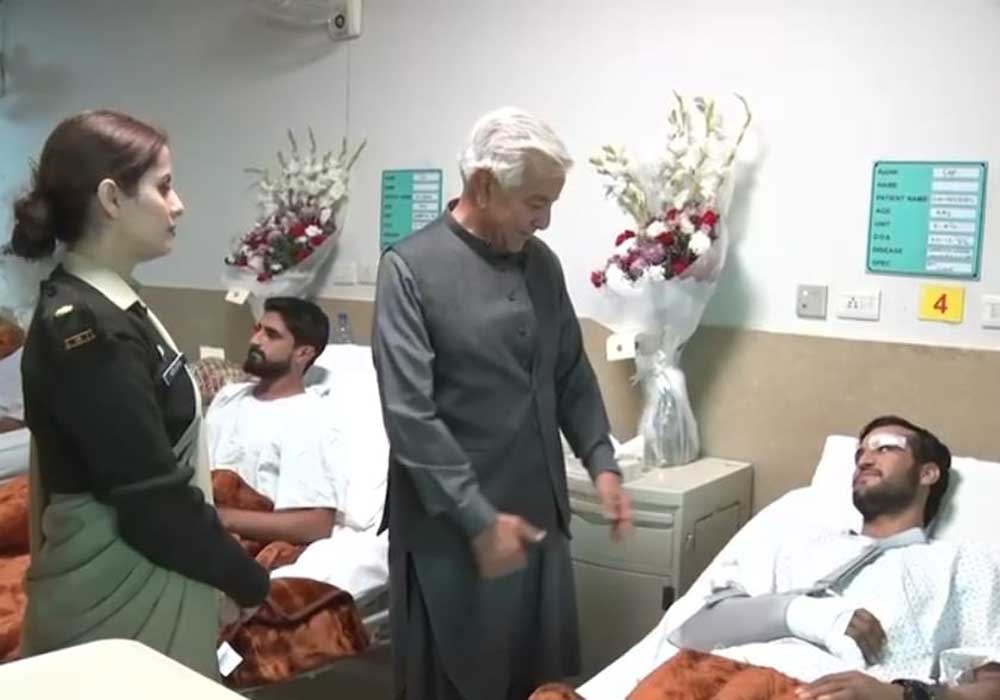 Defence Minister, Khawaja Asif visited officers and soldiers at CMH Rawalpindi who got injured during the CTD complex Bannu Operation.

According to ISPR, the Defence Minister on Thursday paid tribute to the courage and bravery of troops who cleared CTD complex Bannu.

Militants detained the hostages at the seized CTD building demanding their safe transfer to Afghanistan. Militants managed to get out of the lock-up and took security personnel hostage at a detention centre run by the Khyber Pakhtunkhwa Police’s Counter-Terrorism Department.

According to the official statement from ISPR COAS also met injured officers and soldiers who got injured during the Bannu Operation against terrorists. COAS remained with the injured soldiers for some time and inquired about their well-being.

COAS appreciated the high spirit and morale of the soldiers and lauded their professionalism during an operation against terrorists.