Khursheed angry at media for ‘scaring away’ donors 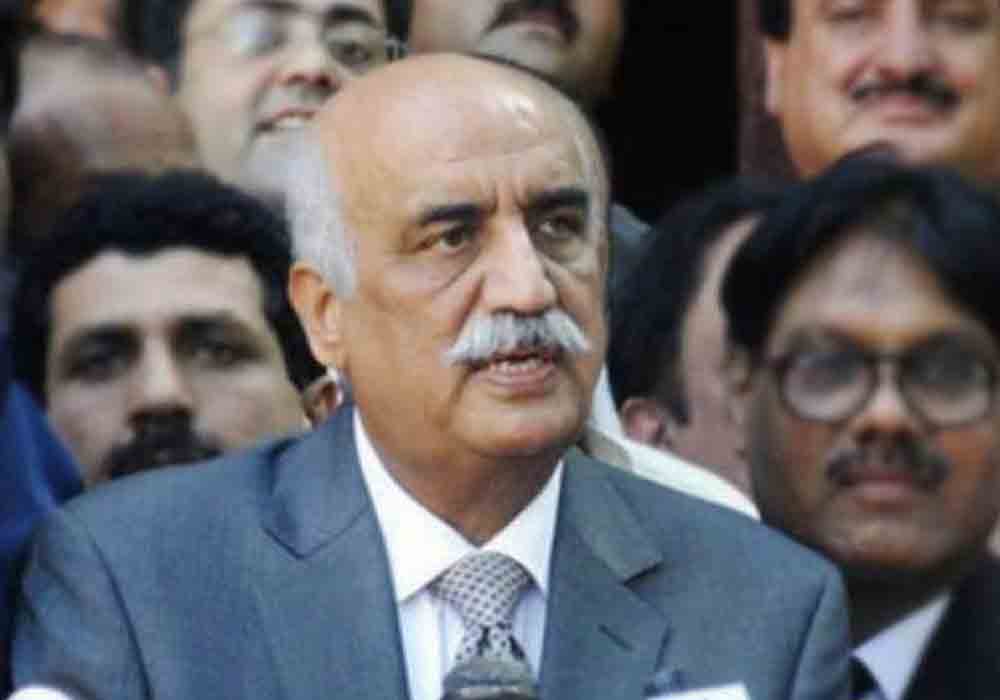 Senior PPP leader and Federal Minister for Water Resources  Syed Khursheed Ahmed Shah has asked the media persons to report “sensibly” instead of depicting a gloomy picture of the devastated districts of Sindh which, according to him, would send a bad message to the “sincere efforts” of the government.

Speaking to the media in his hometown Sukkur after his appearance in the local NAB court, Khursheed Shah lost his temper when journalists asked him questions about the sub-human conditions of millions of displaced people during the fresh spell of rains. He chided them and warned that such “irresponsible” reporting had already damaged the government’s efforts to collect funds for their relief and rehabilitation.

He said that instead of covering the efforts of government functionaries, certain media outlets had been trying to raise their ranking and viewership by giving enough coverage “to non-issues”. He said that it was not possible for the Sindh government to immediately drain water from the flooded areas. He said that some areas which in the past monsoon seasons used to receive hardly 150 mm of rain were pounded with 1,700mm of rain within a few days.

Khursheed said that such people were creating doubts among the minds of donors and philanthropists of other countries regarding the government’s efforts to draw their attention to the current state of affairs after unprecedented damages caused by floods in Sindh and other provinces. He said with the sincere efforts of PPP Chairman and Prime Minister Shehbaz Sharif, the chief of UN visited the ravaged parts of Sindh and other provinces and promised to raise his voice over the current massive devastation.

He hoped that with the efforts of the UN chief Pakistan would be helped generously by the rich countries of the world. He said that PPP Chairman Bilawal Bhutto was playing a very effective role at all available international forums to show the real and devastating face of many areas of the country. He said that they had successfully pleaded that the climate calamities were taking their heavy toll on the poor in developing nations across the globe.

“Imran Khan is clueless and groping in the dark about what to do,” Khursheed said and added that the PTI Chairman has no future in politics of the country and also claimed that there was is no chance of early general elections in the country as being demanded by him.