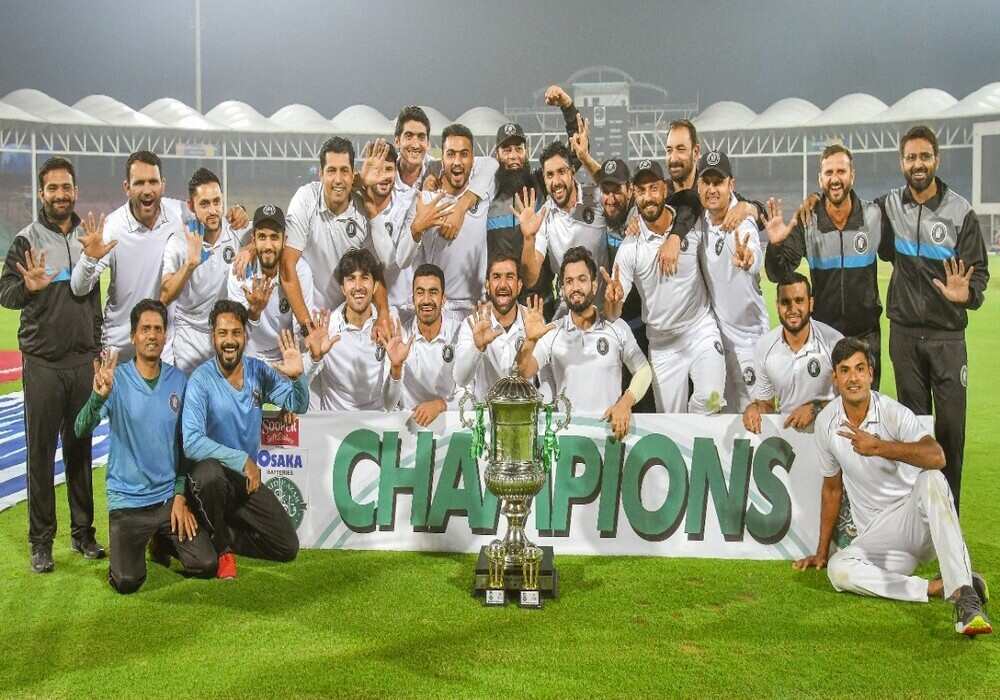 Khyber Pakhtunkhwa retained the prestigious Quaid-e-Azam Trophy with a resounding 169-run win over Northern in the five-day day-night final for the 2021-22 edition at the National Stadium, Karachi on Wednesday.

Northern who were set a 384-run target on the final day, went down fighting as they were bowled out for 214 in their second innings with 18.4 overs left in the final session of the match.

Huraira, later adjudged the best batter of the tournament, got Northern off to a flying start in their monumental chase. The right-hander made history when he scored the seventh run of his innings as he surpassed Khyber Pakhtunkhwa’s Sahibzada Farhan tally of 935 runs in the tournament, setting a unique record of topping the batting charts in his maiden first-class season.

The Sialkot-born played a series of delightful shots in his 57 off 49 balls (six fours). Huraira’s dismissal at 105 was a big setback for Northern as their hopes of chasing down the target subsided quickly. Captain Umar Amin followed Huraira to the dressing room after contributing 33 off 40 balls (three fours).

Northern kept losing wickets in their hunt for quick runs as Khyber Pakhtunkhwa bowlers kept making inroads. Northern were 156 for five at the dinner break and their batting efforts quickly subsided as the lower-order was sent packing cheaply.

Mubasir Khan, who was later adjudged the player of the tournament for his all-round contributions for Northern was the last player dismissed with a delighted Khyber Pakhtunkhwa captain Iftikhar Ahmed taking his catch off off-spinner Sajid Khan.

Iftikhar who was later declared the player of the match for his all-round efforts in the final, took two wickets with his off-spinners while Mohammad Wasim Jnr took two wickets for 38 runs.

Earlier, resuming their second innings with a 270-run advantage, Khyber Pakhtunkhwa succeeded in taking their lead to 383 courtesy Rehan Afridi’s 79 and Sajid Khan’s valuable 39-run contribution in the lower-order.

Afridi who was unbeaten overnight, reached his 50 today. He was dismissed for an enterprising 79 off 110 balls (eight fours, one six). Sajid used the long handle effectively in his 39 off 48 balls (two fours, two sixes).

Player of the Tournament – Sahibzada Farhan

Player of the final – Iftikhar Ahmed.