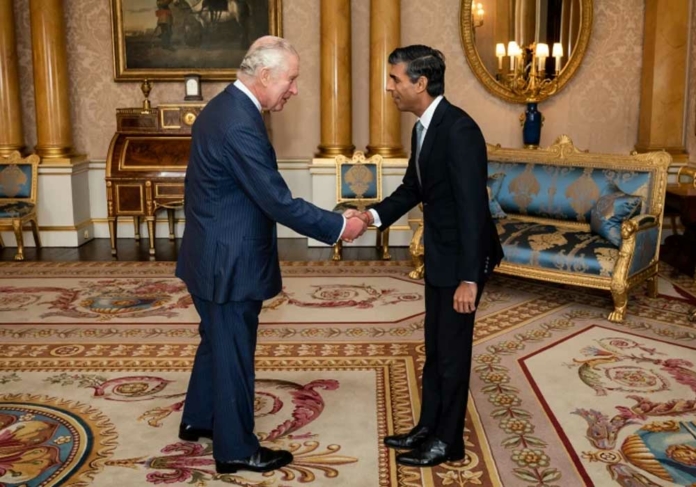 On Tuesday, Rishi Sunak was appointed as Britain’s first prime minister of Indian descent by King Charles III, following his victory in an uncontested election to lead the ruling Conservative Party.

While giving his first speech at 10 Downing Street, Rishi Sunak said, â€œI want to pay tribute to Liz Truss. She was not wrong to improve growth, it was a noble aim and I admire herâ€¦ but some mistakes were made.â€

He stated that he had been elected as leader of his party and the prime minister to fix these problems.

He also said that right now, UK was facing a profound economic crisis and there would be difficult decisions ahead.

He further stated, â€œI will place economic stability at the heart of government agencies.â€

Sunak mentioned that they will have professionalism and accountability at every level and he would put the public’s needs above politics.

Rishi said that he would unite his country, not with words but actions to deliver.

â€œI stand here before you ready to take our country to the futureâ€¦ together we can achieve incredible things,â€ he stated.

Conservative Party Leader Rishi Sunak was confirmed as the new prime minister of the United Kingdom after fellow party member Penny Mordaunt dropped out of the race.

The United Kingdom was earlier expecting to welcome Rishi Sunak as its first Indian- descent prime minister after ex-PM Boris Johnson had stepped down from the race.