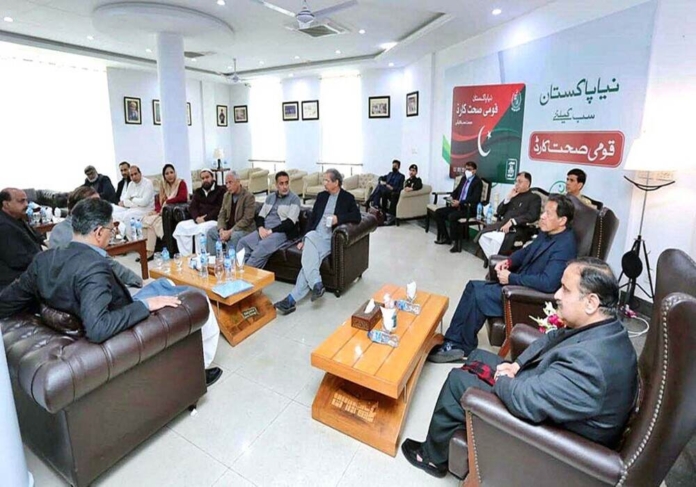 Almost all political parties have started electioneering for local body elections in Swat, but the ruling Pakistan Tehreek-e-Insaf (PTI) is yet to announce its candidates except for Matta tehsil in which Chief Minister Mahmood Khan’s brother has been nominated for the slot of chairman.

A few days ago, PTI member Abdul Raqib Khan along with his associates held a press conference, expressing reservations over the distribution of tickets.

Former councilor Zahid Khan had also taken to the streets along with his supporters due to an alleged disagreement over the distribution of tickets.

Raqib Khan alleged that PTI MNA Dr. Haider Khan had awarded a ticket to his nephew. “He has violated the party’s manifesto by awarding the ticket to his relative,” he said while announcing that he would pit an independent candidate against the nephew of Dr. Haider Khan.

“We had filed nomination papers for the elections but it is unfortunate that the MNA decided to give the ticket to his nephew in clear violation of the party manifesto,” he added.

Former councillor Shaukat Ali Khan from Babuzai tehsil had said that the PTI MPA was giving tickets to his relatives, which was not acceptable to them.

“Zahid Khan is a suitable candidate in the said tehsil… we want that the decision is made on merit and the ticket should be awarded to him,” he added.

PTI’s founding workers have said that the distribution of tickets will be decided by the parliamentary board. “No one is authorized to impose their decisions on the party’s workers. There is fear that such decisions will create chaos in the party, which will lead to frustration among the workers,” they had said.

Regarding the distribution of tickets and internal differences, former PTI divisional president and MPA Fazal Hakeem Khan was of the view that no candidate from any tehsil except Matta had been finalized yet for the second phase of the upcoming local body elections.

“Candidates will be announced by Prime Minister Imran Khan and will be decided on the basis of merit,” Fazal Hakeem added.

The Election Commission of Pakistan (ECP) had fixed March 27 for the second phase of local body elections in Swat and other districts of Khyber Pakhtunkhwa, which was suspended by the Peshawar High Court. However, the Supreme Court on Wednesday suspended the decision of the high court and adjourned further hearing in the case till Feb 14.

The new schedule will be issued only after the decision of the Supreme Court and a formal notification by the Election Commission of Pakistan.

Despite all reservations and concerns, the election campaign is in full swing in Swat and other areas of the province.