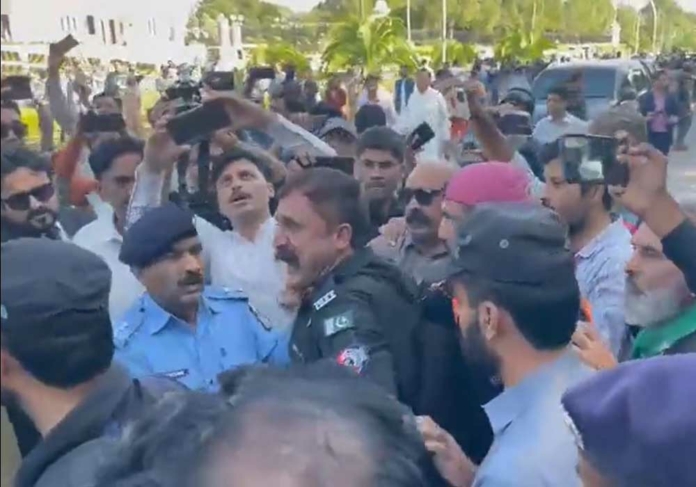 A firing incident outside the Election Commission of Pakistan (ECP) caused a stir in the Red Zone of the capital.

A police official belonging to Khyber Pakhtunkhwa (KP) police department opened fire, however, nobody was injured in the incident.

The police officer was arrested by security personnel deputed outside the ECP to maintain the law and order situation.

According to details, the police officer was appointed by the KP police as a guard to PTI’s KP lawmaker Saleh Muhammad.

PTI workers and supporters had gathered in large numbers outside ECP despite the fact that police had barred roads coming in that direction and only one road was kept open under strict security measures.

PTI lawmaker Saleh had also come outside ECP to show solidarity with his party chairman but the firing incident by his official guard caused a stir among security officials who rushed to take him into custody.

The KP police official after being detained also raised slogans in favour of PTI. He said that he could give his life for Imran Khan.