KP CM takes cabinet on board about assembly dissolution 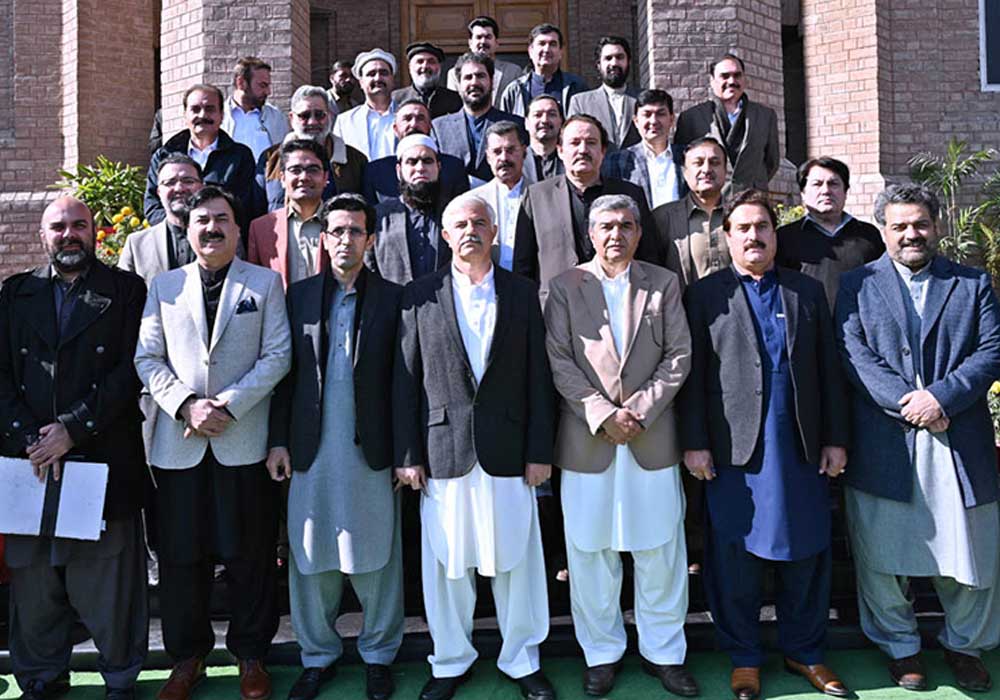 KP Minister for Elementary and Secondary Education Shahram Khan Tarakai and Special Assistant to the Chief Minister on Information Barrister Muhammad Ali Saif told media persons that upgradation was a longstanding demand of teachers. As many as 21,800 SSTs and 51,000 PSTs would be upgraded, they said. They said that a four-tier formula was also approved to pave way for promotion of 13,888 teachers working in various scales ranging from BPS-17 to BPS-20. They added that the education sector was one of the most focused areas, under the provincial government.

The meeting, besides the cabinet members, was also attended by KP Chief Secretary, Additional Chief Secretary, Senior Member Board of Revenue and Administrative Secretaries of various government departments. Separately, Chief Minister Mahmood Khan on Tuesday informed the provincial cabinet that a summary to dissolve provincial assembly would immediately be moved to the Governor and also expressed gratitude to cabinet members, MPAs and bureaucracy for their support to his government.

Presiding over the 86th cabinet meeting here at the CM house, Mahmood Khan said that the four-year in power spent very good and he was grateful to people of KP for endorsing trust in him, adding that dissolution of assembly would not be delayed any further and the summary would be moved to the Governor immediately in vital nation interest. He hoped that PTI would come to power again with two-thirds majority after winning the next general elections.