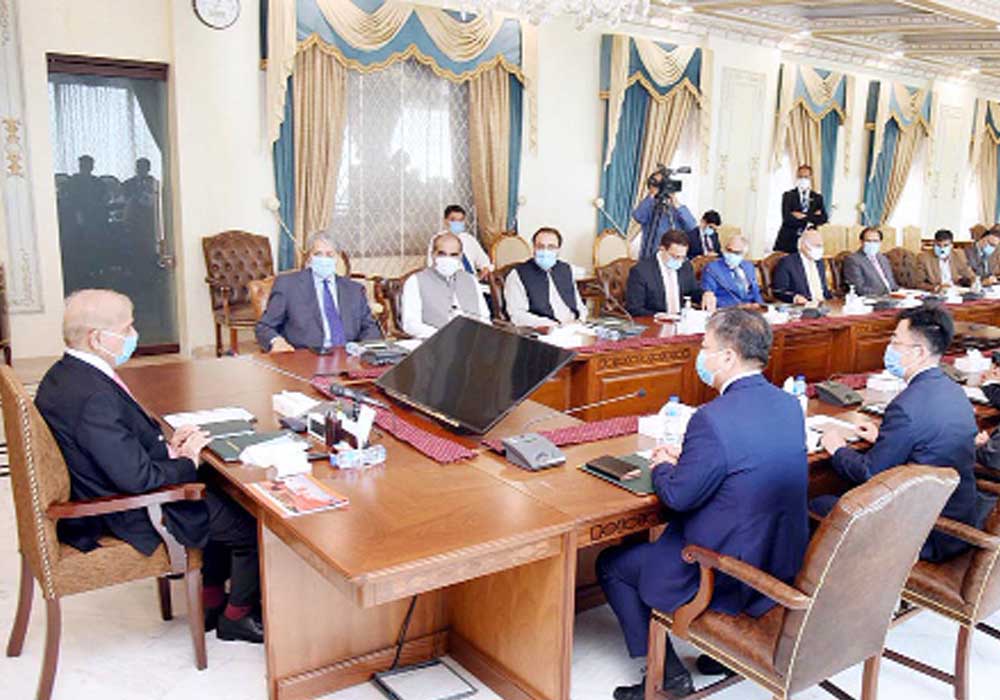 During a meeting with Yang Jiechi, director foreign affairs commission of the Communist Party of China, the prime minister strongly condemned the terrorist attack on Chinese nationals that took place in Karachi this year in April. The safety of Chinese nationals would be ensured, he maintained.

Four people – three Chinese nationals and a Pakistani man – were killed in the attack by a female suicide bomber outside the Chinese language centre inside the Karachi University. He reaffirmed Pakistan’s commitment to enhanced measures for safety, security and protection of the Chinese nationals, projects and institutions in the country. The premier added that relations between the two countries have deepened because of the China-Pakistan Economic Corridor (CPEC) and the growing economic linkages between the two states. He pledged to speed up work on CPEC-related projects.

Pakistan, he said, will continue to cooperate with China for mutual interests and a shared vision of connectivity, prosperity and public well-being.

“Pakistan will continue to support Chinese investors with competitive incentives, access to high-quality infrastructure and unwavering security arrangements,” he emphasized.

Yang was accompanied by vice ministers for foreign affairs and commerce, the vice chairman of the China International Development Cooperation Agency (CIDCA) and the deputy secretary-general of China’s National Development and Reform Commission (NDRC).

The prime minister thanked China for the renewal of the RMB 15 billion ($2.3 billion) syndicate facility. He said that 200,000MT of urea is also expected to arrive in Pakistan from China as well.

The prime minister also thanked China for its support and assistance to Pakistan during the Covid-19 pandemic by providing millions of vaccines and medical equipment along with the safe evacuation of Pakistani students from China. He hailed Chinese support in key projects, including the Karachi Circular Railway (KCR), Babusar Tunnel and a desalinization plant in Karachi. Responding, Yang Jiechi said that Pakistan would make social and economic strides under the dynamic leadership of Shehbaz Sharif.

Shehbaz also talked about Indian brutalities in Occupied Kashmir and thanked China for its stance on the issue. The humanitarian and economic crisis in Afghanistan also came under discussion during the meeting.

During the meeting, the two sides concluded the following protocols: MoU on terms of reference/scope of works of G2G joint technical working group for realignment of Karakoram Highway from Thakot to Raikot, protocol on the sanitary and phytosanitary requirements for Rhodes grass exported from Pakistan to China, protocol on quarantine and health requirements for buffalo embryos to be exported from Pakistan to China and acceptance letter of 3,000 sets of the solar home system.

Separately, the prime minister on Thursday welcomed Chinese company NORINCO for showing keen interest to invest in the renewable energy sector in Pakistan. He expressed these views while talking to a high-powered delegation of Chinese state-owned company NORINCO led by its Vice President Wang Xiaobing and CEO (Pakistan) Li Chen.

The NORINCO delegation showed keen interest in investing in the wide spectrum of renewable energy projects in Pakistan, especially the wind corridor in Thatha whereby a 100MW project would be established. The company also highlighted potential venues for investment in fibre optic along railway lines, copper and iron ore mining at proven reserves and infrastructure development in big cities.

The prime minister said deepening economic cooperation with China was critical to Pakistan’s socio-economic uplift. He appreciated the company for its role in the Lahore Orange Line Metro Train project, which, he said, was facilitating hundreds of thousands of commuters on a daily basis. He thanked Chinese President Xi Jinping and Premier Li Keqiang for their consistent and unwavering support to Pakistan.