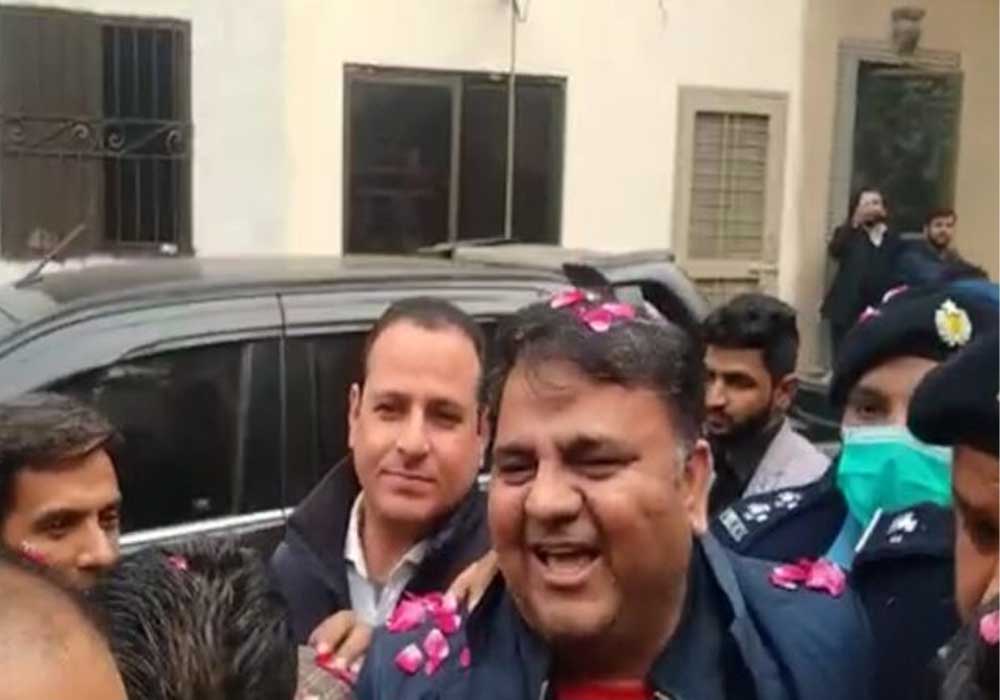 The Islamabad Police brought PTI leader Fawad Chaudhry before a magistrate on Wednesday, and the court in Lahore approved his transitory remand.

The PTI leader was brought before the court of judicial magistrate Rana Mudassir in Lahore’s Cantt.

Fawad Chauhdry was detained from his home early on Wednesday after publicly criticizing the government and the Election Commission of Pakistan (ECP) for plotting to detain party chairman Imran Khan.

The prosecution informed the judge at the beginning of the hearing that Fawad had a case filed against him by the Islamabad Police. The prosecution also requested that the court grant the PTI leader a temporary remand.

Fawad’s attorney contended that the transitory remand was unnecessary because Islamabad and Lahore are only separated by four hours.

The lawyer also requested that the judge instruct the police to release his client’s handcuffs. He stated that only one hand should be handcuffed rather than both.

The judge then noted that the attorney was taking up unnecessary court time with pointless arguments.

Additionally, Fawad’s attorney informed the magistrate that his client’s transitory remand should not be allowed until the outcome of a habeas corpus appeal before the high court.

The magistrate then took a short break from the hearing.

The PTI leader’s temporary remand to Islamabad was approved by the court after the hearing resumed. Fawad will first get a medical examination by the police before being transported to Islamabad.

Meanwhile, the Lahore High Court has received a plea from Fawad’s cousin Nabeel Shehzad calling for the “recovery” of the former federal minister.

The petitioner has also requested that the case be heard in court today.