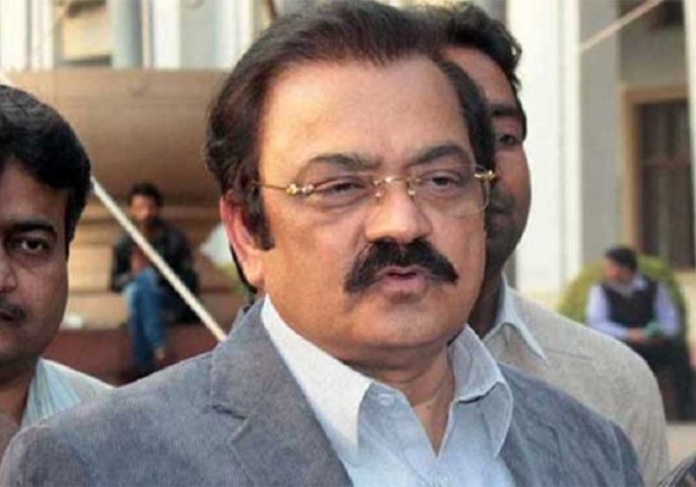 The Lahore High Court (LHC) Rawalpindi bench suspended the arrest warrant for Interior Minister Rana Sanaullah in connection with an investigation into the acquisition of plots in a housing society at a throwaway price.

On Friday, LHC suspended the warrant of Rana Sanaullah after it was issued by the Special Judicial Magistrate Ghulam Akbar’s court last week.

According to the advisor to Punjab Chief Minister for Anti-Corruption retired Brigadier Musaddiq Abbasi, Sanaullah had accepted two plots as a bribe from the illegal housing society ‘Bismillah Housing Scheme’ in Chakwal district.

Abbasi said that the case was registered in 2019 but Rana Sanaullah did not appear before ACE.

Justice Sadaqat Ali Khan stopped the Punjab Anti-Corruption Establishment from detaining the minister and searching his home. The court has also asked ACE to provide the case file by October 17.

An ACE team left Islamabad’s Secretariat Police Station empty-handed on October 10 after failing to apprehend Sanaullah due to ‘Islamabad police’s lack of cooperation’.

However, the Islamabad police asserted that ACE had declined to provide the case file.

Sanaullah earlier this week claimed that the anti-corruption division had tampered with data and “misled the court” in a case against him that had been pending for four years.