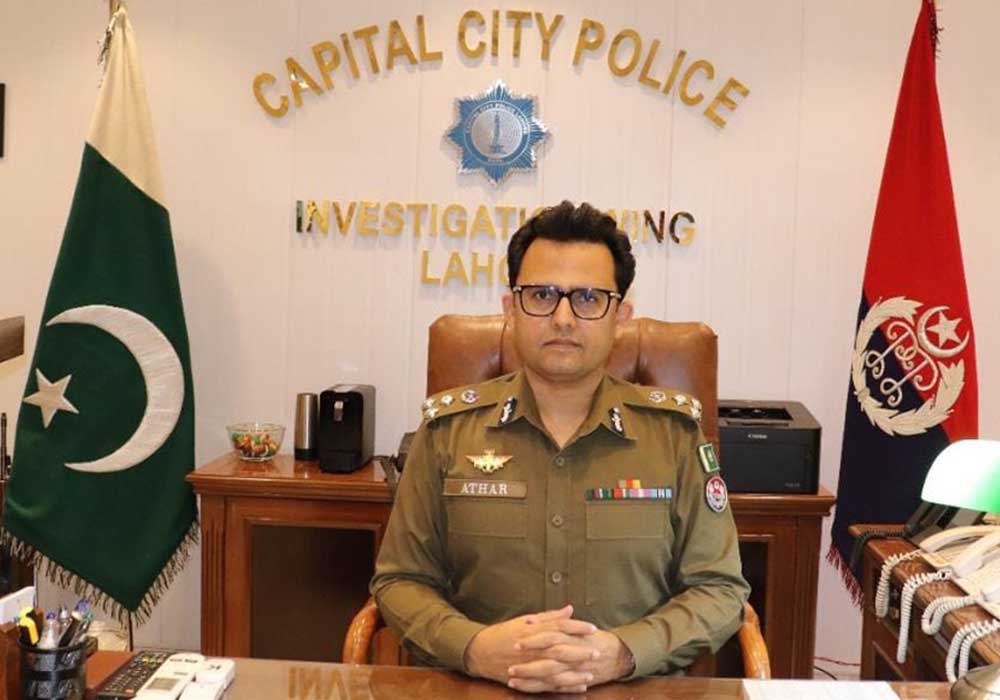 On the instructions of DIG Investigation Athar Ismail, Model Town Division launched a grand operation against the criminals and successfully arrested 3730 accused of robbery, theft and other heinous crimes while 25 accused involved in murder, blind murder, acid attack and kidnapping for ransom were also nabbed during the last two months. The police also recovered stolen property worth Rs40 million from their possession.

Similarly, the challans of 4802 cases were submitted to the courts and 1745 false cases were quashed; thus during this operation the total 5455 accused were rounded up while 309 proclaimed offenders included 51 hard criminals of category A were also arrested. Besides this, 297 court fugitives, 55 former record holders were also detained. The Model Town Division also busted 17 gangs and 42 criminals operating these gangs were also put behind bars and stolen property worth Rs5.3 million was also recovered from them. Similarly, in 182 cases of abduction of women, adults and children, 184 abductees were rescued.

Investigation Police Kot Lakhpat arrested a woman along with her accomplices who was involved in blind murder of her real brother. As per details, the deceased Adnan was shot and killed in Kot Lakhpat area a few days ago. The deceased’s sister Asia and Abbas along with the shooters Murtaza and Naeem were arrested with the help of CCTV cameras and modern technology. Accused Asia wanted to marry Waqas who was residing in Italy while deceased Adnan was not happy over this marriage proposal, on which accused Waqas planned with Asia and killed Adnan by giving 2 lakh 70 thousand rupees to the shooters through his brother Abbas. The accused have been arrested and a murder weapon has been recovered from them. While in another case, Investigation Faisal Town has arrested the accused Ali Ahmed involved in the blind murder of Advocate Faisal Shahzad. Accused Ali Ahmed shot dead Faisal Shahzad near his house due to grudge of previous litigation. While pursuing another blind murder case, Investigation Police Nishtar Colony has arrested 3 accused who killed their brother-in-law. The deceased Usman was married to Sadia, the sister of accused Dilawar, Jaber Ali and Akbar Ali. The deceased Usman had also developed an illicit relationship with the wife of the accused Dilawar and this added fuel to fire. The accused brutally stabbed Usman to death and threw the deceased’s body into a deep ditch in an open space behind the Ashiana scheme. The victim’s motorcycle and 02 knives have been recovered.

According to the vision of Chief Minister Punjab Chaudhry Pervaiz Elahi, Punjab police under the leadership of IG Punjab, CCPO Lahore Ghulam Mahmood Dogar and DIG Investigation Athar Ismail, Lahore police is taking concrete steps to protect the lives and the property of the people and improving law and order situation through latest technology and innovation in investigation method.