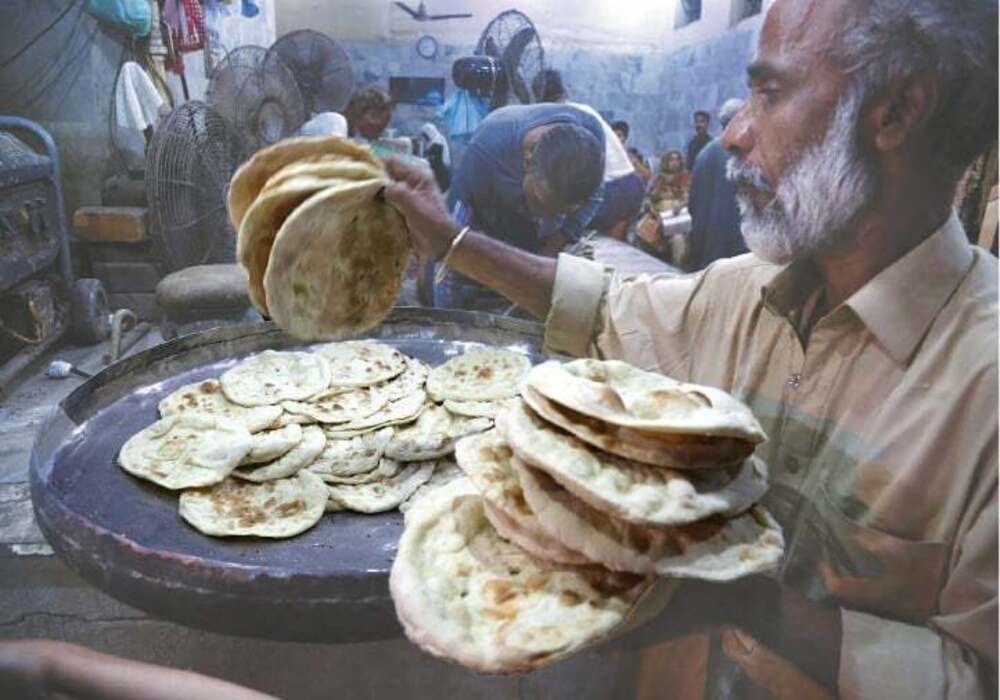 Tandoor owners in Lahore requested an increase in the price of naan and roti because of the nationwide increase in flour prices.

The Muttahida Naan Roti Association asked for an increase in a letter to the Deputy Commissioner of Lahore on Wednesday.

It said that the price of flour set by the government was not available in stores and that a 15kg bag cost Rs 1900.

They are requesting authorization to charge Rs. 25 and Rs. 35 for roti and naan, respectively.

The Muttahida Naan Roti Association claims that due to price increases, it is unable to sell necessities at the same price.

People were already feeling the effects of rising costs for flour, sugar, ghee, fruits, and vegetables.