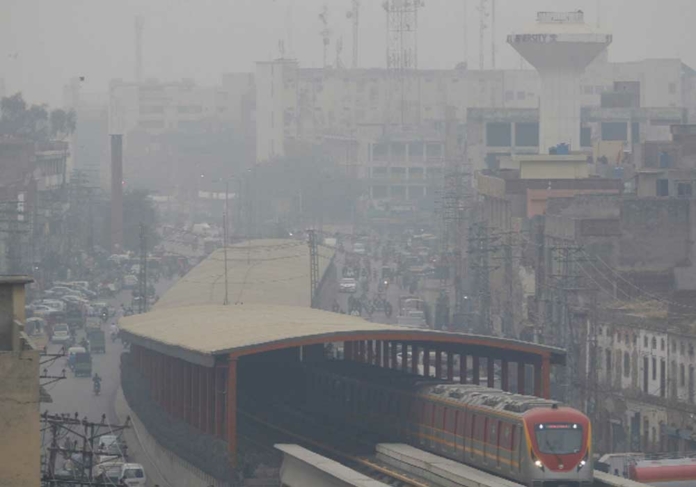 Lahore, the heart of Punjab, has been engulfed in smog while experts have expressed fear of spreading more air pollution. The Air Quality Index (AQI) rate has been recorded at 296 which has once again made the city one of the most polluted cities in the world.

According to details of air quality index of different areas Lahore Shahdara has become the most polluted area in view of air quality with a pollution rate of 442.

With the onset of winter in Lahore smog has increased and the city tops the list of most polluted cities in the world.

There was a slight decrease in smog after last week’s rain in Lahore but as the cold and dry weather increases the level of smog has also started to rise and with each passing day the smog is increasing in the city.

According to the Meteorological Department there is no possibility of rain in the city in the next few days. On the other hand, due to increasing smog throat, chest and respiratory diseases have been on the increase especially the problems of asthma patients have increased.