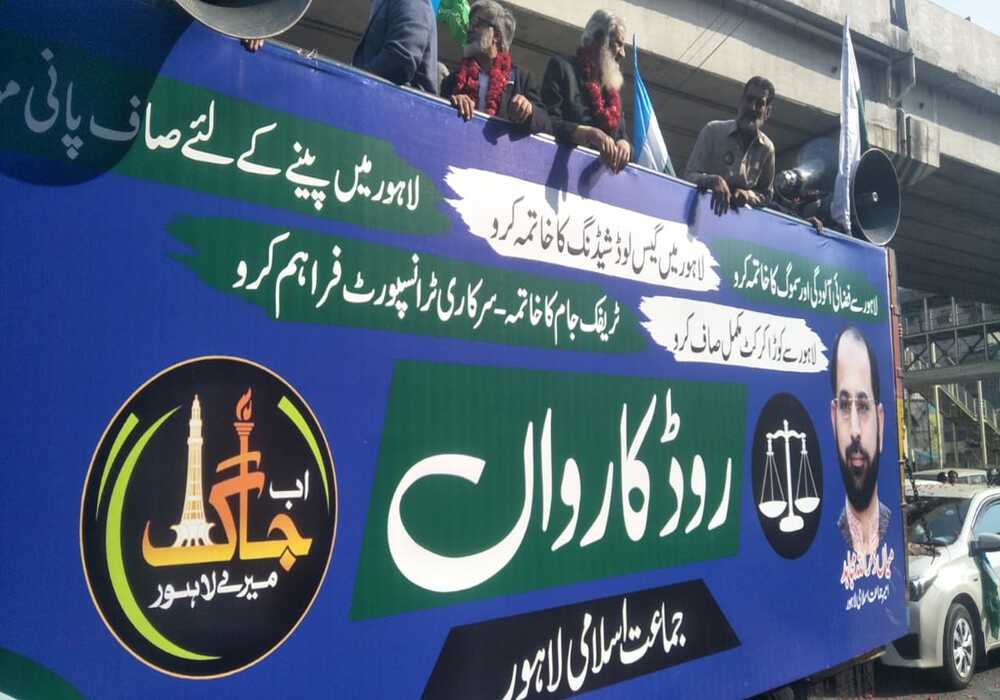 Jamaat-e-Islami (JI) Lahore chapter on Thursday organized a road caravan from Gajju Matah to Shahdara to record protest against scattered garbage, pollution, unplanned traffic management and plenty of other issues causing serious problems to millions of the metropolitan’s residents. 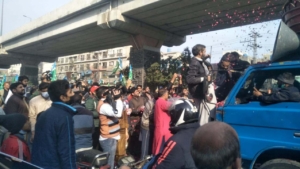 Holding placards and banners inscribed by slogans against the Pakistan Tehreek-e-Insaf government and city administration’s incompetence to address the problems of the city, the participants also chanted against skyrocketing inflation and unemployment and vowed to continue agitations until the authorities showed seriousness to address the problems.

The rally caused a traffic mess at different roads for hours.

“Lahore is going through a severe environmental crisis due to Buzdar government negligence,” Zikrullah told the Minute Mirror.

The JI, he added, had started the ‘Jag Meray Lahore – wake up my Lahore’ movement a couple of months back to divert the government and city authorities’ attention to the increasing mess in shape of different problems in Lahore.

But, he added, the rulers seemed least concerned towards the common man issues.

“We have planned the rally to send a message to the authorities and we will continue the struggle until the government shows a serious attitude,” he said.

JI leader Farooq Chohan said Lahore was once a city of gardens, but it had now turned into a heap of garbage.

“Our governments give the lowest priority to urban green spaces. Their focus is on cutting trees and widening roads. Unplanned traffic management create traffic mess in the city on daily basis,” he added.

He said the water drainage was another issue due to unplanned urbanization. The Lahore’s groundwater, he said, became poisonous.

Addressing the participants, Javed Kasuri said the PTI government had done nothing in three and a half years to address the plethora of issues haunting badly the city population.

He said it was only due to incompetence of the rulers that Lahore was among the top polluted cities of the world. He said thousands of people of Lahore were jobless and were not able to afford bread and butter for their families due to skyrocketing inflation.

He further said the JI would not sit silent until the government paid attention to Lahorites demands.