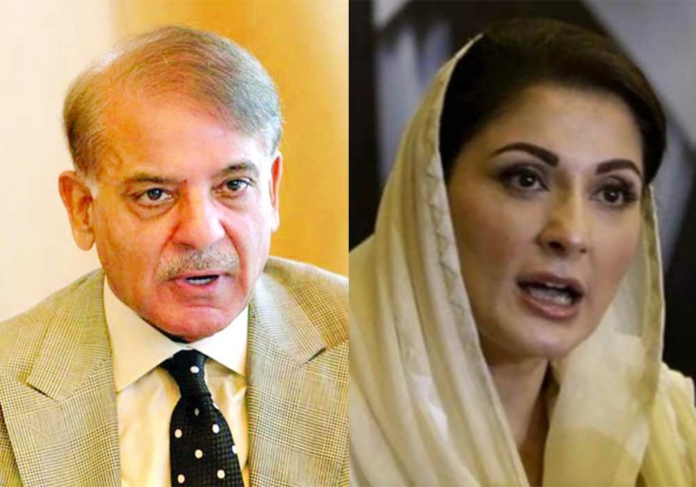 “Latest audio leak exposes the hypocrisy of Imran Niazi. Someone who does not tire of lecturing the nation on morality is himself blatantly (sic) involved in immoral horse-trading. His fraudulent nature is being exposed every day. Niazi’s anti-state actions make him unfit for high office,” the prime minister said in a Twitter post.

On the other hand, Pakistan Muslim League-Nawaz (PML-N) Vice President Maryam Nawaz
reacted to the alleged leaked audio of PTI Chairman Imran Khan and said that everything
related to him was a conspiracy. “It is shocking that everything related to him is linked with a conspiracy, and that’s the reason I call term him fitna (rabble-rouser). His real name should be Sazish Khan,” Maryam – who is currently in London with her father Nawaz Sharif – said while talking to a private news channel.

Maryam said that while Imran incessantly falsely accused other politicians of being involved in horse trading and called them evil, he himself kept setting up markets for buying and selling assembly members behind closed doors.

“He even said that those who engage in horse trading are polytheists. If this is polytheism, then Khan sahab himself is the biggest polytheist alive,” she said.

Maryam claimed that Imran Khan had always been involved in conspiracies, but his true face was exposed only yesterday.

“It is no surprise who launched him into the political arena to start a campaign against
Nawaz Sharif and everyone knows who was behind PTI’s 2014 sit-ins,” she said.

Recalling the general elections of 2018 that saw Imran becoming the country’s prime minister, Maryam said that Nawaz’s winning members were kicked out [of the assembly].

“The government was changed in Balochistan… did it happen without horse trading What’s
more, Khan’s party — through his plotting and planning — also won the election for the Senate chairman,” she claimed.

Continuing her tirade against Imran, Maryam said that the whole world saw how microphones and cameras were installed in the Upper House [during the voting process] and how members were picked up and locked in containers.

“As I said, Khan had long been involved in hatching conspiracies but his plans could not be
foiled until now,” she said, adding that as soon as Imran Khan lost the support of those who favoured him, he started witnessing a political downfall.

The PML-N leader then said that while Imran always talked about his narrative of fairness, the nation now learned the truth as the audio leaks nullified his narrative.

“His conspiratorial face has been exposed before the whole world today,” she said. “In the
audio leaks, he could be heard talking about buying and selling members.”

She said that on the other hand, Imran could not provide a single piece of evidence related to horse trading allegations he hurled at other politicians.

Talking about PTI supporters, Maryam said that she had sympathies with them, adding that
while the PTI chief conveniently asked his party leaders to brand people as “Mir Jafar and Mir Sadiq” he didn’t even have the courage to name those he was referring to.

Maryam further said that the former premier, in a bid to come back to power, was trying to
strike a deal. “This person, who was found guilty of bringing money to the country through foreign sources, should be termed foreign-funded fitna,” she said.

Meanwhile, Information Minister Marriyum Aurangzeb also said the latest audio leaks were a “slap on face” of the narrative of the PTI chief that he had been conveying to people in his rallies.

“He has been calling horse trading shirk in his rallies but audio leaks have revealed that he was also involved in it,” the minister said in a press conference in Islamabad.