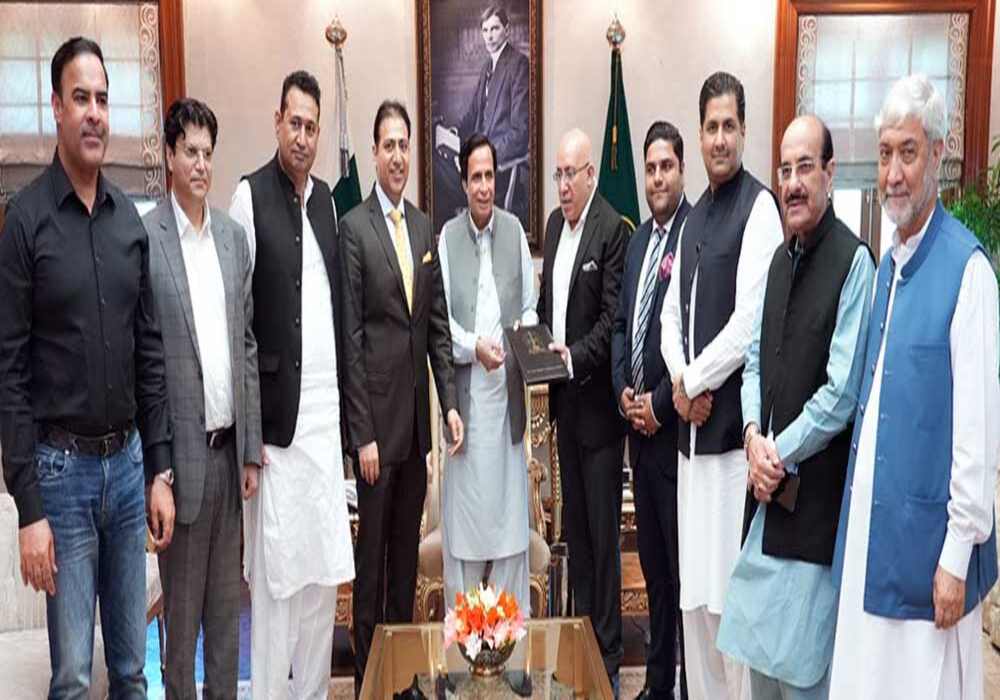 On behalf of the LCCI, Mian Nauman presented a cheque of Rs10 million to the chief minister for the CM Relief Fund.

The CM appreciated the spirit of LCCI office-bearers to help the flood-stricken people and said that traders and industrialists always played their proactive role in every difficult and emergency situation.

He stated that whenever the nation had faced with any difficulty, the business community did not lag behind. “I acknowledge the spirit of LCCI members and their office-bearers,” he added.

The CM said that the amount being collected in the CM Flood Relief Fund would be handed over to the deserving. He said that all possible resources would be provided for rehabilitation and settlement of the flood affectees. The nation had to play an exemplary role of patriotism on the call of Pakistan. The havoc, which the flood wreaked was inexplicable, he stated.

Elahi underscored, “We will have to work with a national spirit once again for the rehabilitation of flood-affected people. The non-profit organisation (NGOs) and the affluent people along with the government will have to come forward to lend a helping hand to the flood affectees.” He mentioned that Punjab government had set up a special fund to help the affectees and urged the traders and industrialists to generously help their brothers and sisters who are stranded in calamity.

The CM said, “Our government is a trader and industrialist friendly. We have lifted the timing restriction ban in order to promote business activities in the province.” He disclosed that parking plazas would be constructed near the famous business centres in Lahore and a plan had also been chalked out to construct a parking plaza in Anarkali Market for the convenience of traders and customers. He apprised the delegation that a revenue record desk would be set up at the LCCI for the facilitation of its members.

The CM accepted the LCCI President’s invitation to participate as chief guest in the Export Trophy Award ceremony.

Nauman Kabir appreciated the CM for doing exemplary work for the welfare of traders as well as industrialists community in his previous tenure and even now had won the hearts of business community by lifting the timing restriction ban.

He acknowledged the CM’s commendable services with regard to creating ease for traders and industrialists across the province.

Meanwhile, Punjab Chief Minister Chaudhry Pervaiz Elahi has ordered the Mianwali administration and the departments concerned to remain alert in the wake of expected floods.

He ordered for completing all essential preparations in order to cope up with any untoward situation, saying that all resources should be utilised for timely evacuation of people, said a handout issued here on Sunday.

The CM ordered for taking effective and comprehensive preventive measures. He also ordered for maintaining surplus stock of medicines, clean drinking water arrangements, fodder for the livestock and necessary items, saying that the flow of Indus River should be monitored 24 hours.

He directed the officers concerned to visit the site and review the situation. He said that boats, de-watering sets and other necessary gadgets should remain hundred per cent functional.