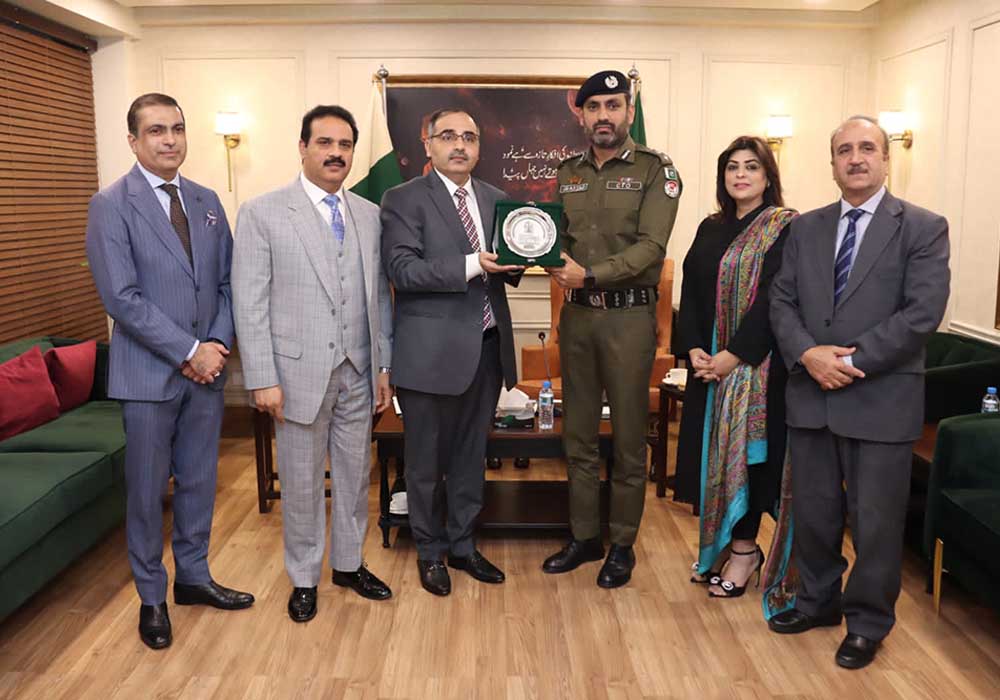 Lahore Chamber of Commerce and Industry (LCCI) and City Traffic Police (CTP) have agreed to form joint committees and to appoint focal person to tackle the traffic related issues including encroachments, wrong parking and violation of traffic rules.

The consensus in this regard was developed in a meeting between Chief Traffic Officer Lahore (CTO) Dr Assad Malhi and LCCI President Kashif Anwar and Senior Vice President Chaudhry Zafar Mahmood here at LCCI on Wednesday. The representatives of markets and LCCI Executive Committee members were also present. Speaking on the occasion, CTO Lahore Dr Assad Malhi said that the feedback from Lahore Chamber was of utmost importance as its proposals were always knowledge-based. He said that Traffic Police Department would organize awareness session regarding traffic rules in collaboration with the LCCI.

“Whenever traffic stops or slowdown, it also adds to the smog issue,” the CTO said and added that all segments of society would have to play their role to ensure smooth flow of traffic. He said that the implementation of traffic rules would become easy with the help of Lahore Chamber. Dr Assad Malhi and LCCI President Kashif Anwar also agreed to make joint efforts against encroachment and wrong parking which were the major causes of traffic mess. The CTO said that traffic issues could not be handled without cooperation of the business community, who was the backbone of economy. He assured that additional force would be deputed to check one-way traffic violation in the markets, besides installation of yellow lines for parking.

“A good traffic management system is top priority of the Traffic Police as smooth traffic flow is also a must for easy and timely movement of the trading goods,” he said and asserted that wrong parking, illegal encroachments, carts, stalls and lack of parking facilities lead to the traffic jams. LCCI President Kashif Anwar hailed the efforts of the traffic police for making improvements in traffic flow and reduction in head injury cases of road accidents. He said that business community was really pleased to have driving license renewing facility. He said that the process of conducting driving tests for the new licenses was going on successfully at the venue of LCCI till the end of September 2022 but afterwards it was not planned.

The CTO assured LCCI office-bearers that the issue would be resolved. Kashif Anwar said that Lahore Chamber would continue to provide maximum help to the traffic police in the larger interests of the economy. He said that smooth flow of traffic not only cuts cost of doing business but ensures on-time delivery of goods at their destination.

The LCCI President said that maintaining traffic flow was a herculean task but the traffic police was managing it in such a nice manner that every segment of society was appreciating them. He said that the liaison and awareness between police and the business community was a must and the LCCI was giving a special focus to enhance the liaison with police. He said the traffic police role was vital in the sense that a disciplined traffic flow gave a picture of whole society on the one hand while on the other hand it played its role in economic turnaround by cutting transportation time of goods carriers. LCCI Senior Vice President Chaudhry Zafar Mahmood said that an awareness campaign and walk should be arranged to implement the concept of lane in true sense of words.