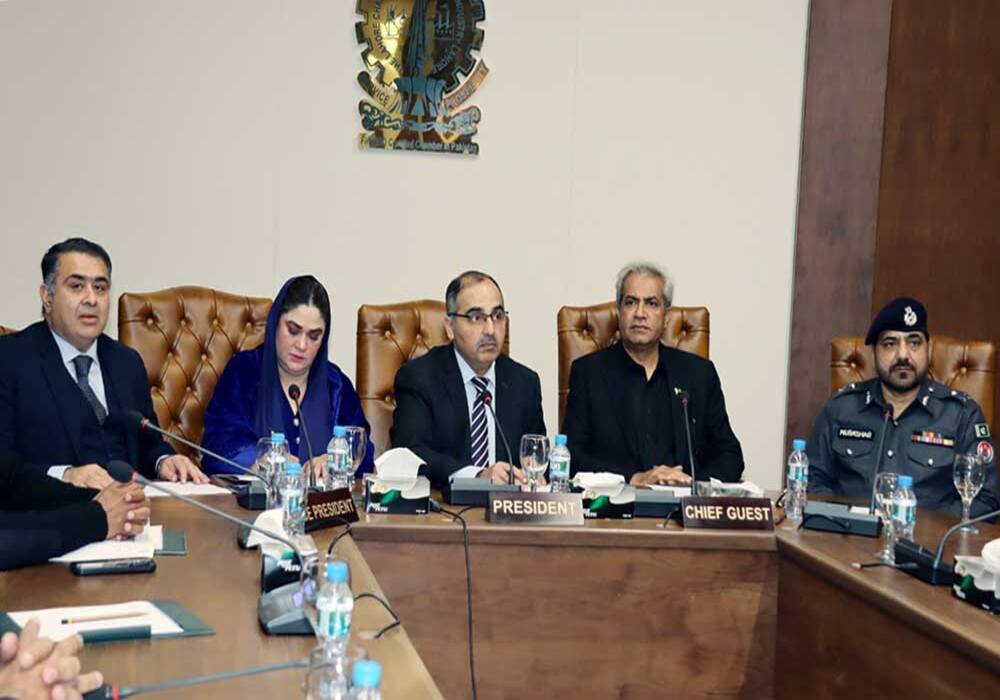 To get the economy back on track, political cohesion and trust-building are essential, and for the greater good of the economy, all political parties must sign a Charter of Economy, this was consensually decided at a meeting at Lahore Chamber of Commerce and Industry.

LCCI President Kashif Anwar, Adviser to CM on Home Affairs and former Governor Punjab Omer Sarfraz Cheema, IG Prison Malik Mubasher Ahmad Khan, Advisor to CM Punjab Interior Affairs and Prison Samina Khawar Hayat and Vice President LCCI Adnan Khalid Butt spoke on the occasion. Speaking at the meeting, LCCI President Kashif Anwar noted that political instability and a lack of trust are the two main obstacles preventing the country’s economy from growing, and resultantly even the friendly nations are no longer ready to fund our economy because of the country’s political unrest.

He said that the problems will not be resolved until all the political parties sign a Charter of Economy. “First think about the economy then something else”, the LCCI President said adding that the business community should be taken on board while formulating businesses-related policies. He informed the participants that the Lahore Chamber of Commerce and Industry is playing its due role for economic uplift of the country. All of LCCI members are taxpayers.

He said that the Lahore Chamber of Commerce and Industry is ready to host an exhibition of the products manufactured by the prisoners in collaboration with the prison department. He said that members of the Lahore Chamber of Commerce and Industry will be asked to pay fine of the prisoners. Omer Sarfraz Cheema said that the country is going to default. Despite the fact that the resources were the same eight months before and now, he claimed that there was a significant difference in the GDP ratio. He claimed that today, even in cities like Faisalabad, industries are shutting down and that unemployment is rising.

“Our agenda is economy, not the politics”, he said and added that we can wait for the elections till November of next year but the economy cannot wait. He said that the political instability is hitting the economy hard and the government has no direction for the economy. He informed the house that there are a number of prisoners who are in the jails just because non-payment of fines. They are prisoned in petty crimes. He urged the philanthropists to pay fines of such prisoners and get them released from the prison. He said that a liaison committee will be formed having representatives from LCCI and prison department.

Samina Khawar Hayat shed light on the various measures being taken by the Punjab government for the economic wellbeing of the province and the masses. Malik Mubasher Ahmad Khan said that it has happened first time in the history that Punjab Prison Department has visited a chamber of commerce and industry. He said that during the Holy Month of Ramazan, NGOs and common people do a lot for the prisoners but not much happens after that.

He said that the prisoners of Multan were used to say that they should be shifted to Faisalabad because the business community of that city pays their fines. He said that now the system of fines has been centralized and the received money is distributed equally among all the prisons. He said that the expenses of the prison department are very high.