December 27, 2022 marks the 15th death anniversary of Shaheed Mohtarma Benazir Bhutto. She became the first female Prime Minister of Muslim World in 1988 and served two terms (1988–90 and 1993–96) as Prime Minister of Pakistan. In recognition of her great services, Benazir posthumously awarded the prestigious UN Human Rights Award on December 10, 2008—it is given every five years. The 2008 award was special, coincided with 60th anniversary of Universal Declaration of Human Rights.In this two-part series, an attempt is made to analyse political void created in Pakistan due to her assassination in the last three decades. 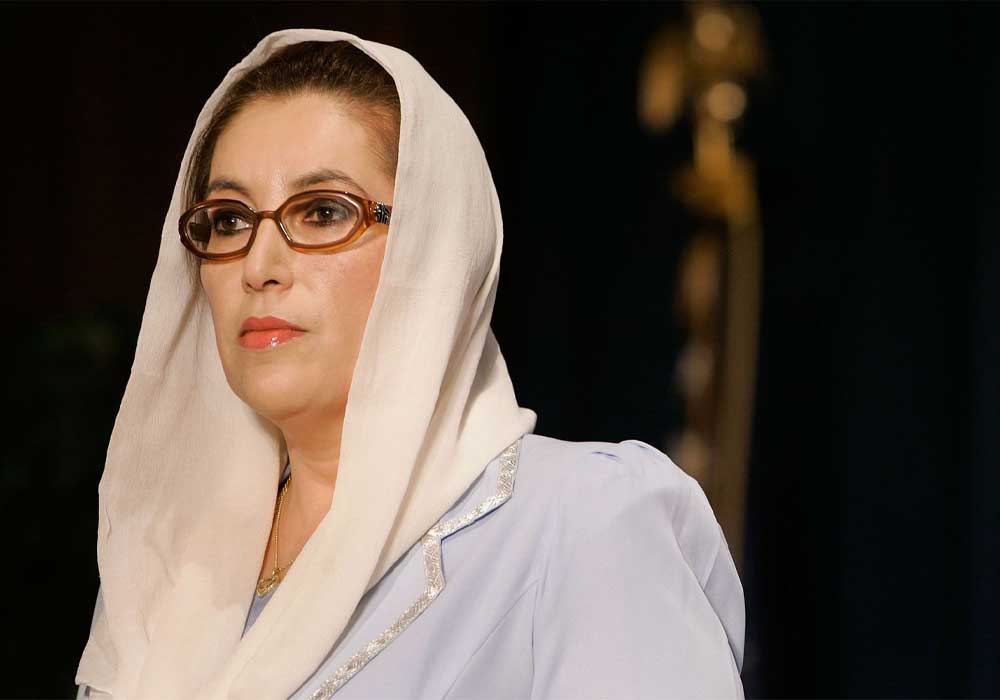 The gruesome assassination of Benazir Bhutto fifteen years ago was aimed at stopping her resisting the agenda of terrorists—merchants of death—to muzzle nuclear state of Pakistan. External Pakistan-hostile forces, with the help of their local proxies and cronies did not like her valiant struggle to make Pakistan a truly democratic and egalitarian state. There is a national consensus now that all major political parties in Pakistan, even after more than 14 years of revival of civilian rule in 2008, have miserably failed to produce a leadership having qualities and capabilities of pulling state out of the prevailing socio-economic and political mess. Thus, people are justified to concluded that political void created in the wake of Benazir’s assassination in 2007 remain unfulfilled.

While, the country is faced with extreme financial difficulties, the political parties, instead of joining hands to overcome the prevalent economic crisis, are fighting over trivial issues, not related at all to masses—they are busy in protecting their self-interests. They are perpetuating political instability, antagonism and intolerance among the people. Our political leadership is not even ready to remove differences through dialogue and forge a consensus on fundamental issues pertaining to elections and national security, for which economic self-reliance is a prerequisite. In these circumstances, many believe early elections, coupled with charter of economy, is the only viable solution.

No one can deny the fact that since the tragic assassination of Benazir, Pakistan has been continuously entrapped in dreadful conflicts and grave crises. The prevailing volatile economic situation, political deadlock and recent attacks on our valiant armed forces and civilians by the militants pose serious challenges. It must be a serious cause of concern for all those who matter in the land. At this point of time, we need national cohesion and political maturity to come out of the existing mess. The latest terrorist attacks in Bannu and Lucky Marwat and cross-border firing incidents at Durand Line confirm beyond any doubt that our enemies want to exploit the situation to undermine Pakistan’s national security and state sovereignty.

We must not forget that through relentless struggle, dedication, great sacrifices and resilience our armed forces, and others law enforcement agencies have provided much-needed peaceful law and order situation after years of unrest, law and order situation created by terrorist outfits. In the face of these realities, our politicians have yet not leant lessons from history—they are continuously engaged in mudslinging against each other and perpetuating a situation that is detrimental to our economic survival.

Tehreek-i-Insaf (PTI) during its rule [August 2018 to April 2022] also proved that it possessed neither any pragmatic programmes nor competent people to solve the fundamental problems faced by Pakistan and its people. It created fiscal mess and also took record loans, external and internal, making Pakistan financially vulnerable.

Bad economic governance leading to stagflation mars the ongoing PDM’s rule, like its predecessors. The promises made before the vote of no confidence remain largely unfulfilled. The alliance government has proved its inability and incompetence to for economic revival, besides many other failures on internal and external fronts.

All said and done, in today’s Pakistan, there is not a single leader that matches the vision and determination of Benazir Bhutto and her struggle to make Pakistan domestically strong so that internationally our voice is heard on issues like unprecedented brutalities of Indian forces in held Kashmir and its open and naked terrorism inside our beloved motherland.

In the past, the efforts by PMLN, PTI and Jaamt-i-Islami (JI) and other political parties of “truce” with Tehreek-i-Taliban Pakistan (TTP) and other terrorist outfits miserably failed. It is worth remembering that the PTI, after sharing power in Khyber Pakhtunkhwa JI, having a soft corner for TTP etc, invoked the wrath of militants, losing Law Minister Israrullah Gandapur and many others. Ultimately the armed forces with determination and by offering great sacrifices through Operation Zarb-e-Azb (launched on June 15, 2014) and followed by Operation Radd-ul-Fasaad (began in February 2017) uprooted the strong holds of TTP and other militant and separatist groups.

Unfortunately, the TTP and other militants have again started their nefarious attacks as evident from latest attacks in Bannu, Luck Marwat and elsewhere. We have also recently witnessed many cross-border firing incidents as well as bomb attacks on our missions in Kabul and elsewhere under the Taliban regime in Afghanistan.

In the prevailing circumstances, all the political parties, ignoring all the differences, must support the armed forces to protect our national security. The recent disclosures of Indian sponsoring of terrorism in Pakistan by the Federal Interior Minister must be taken up at international level to prove that Pakistan is continuous victim of cross border violence.

[To be continued tomorrow]