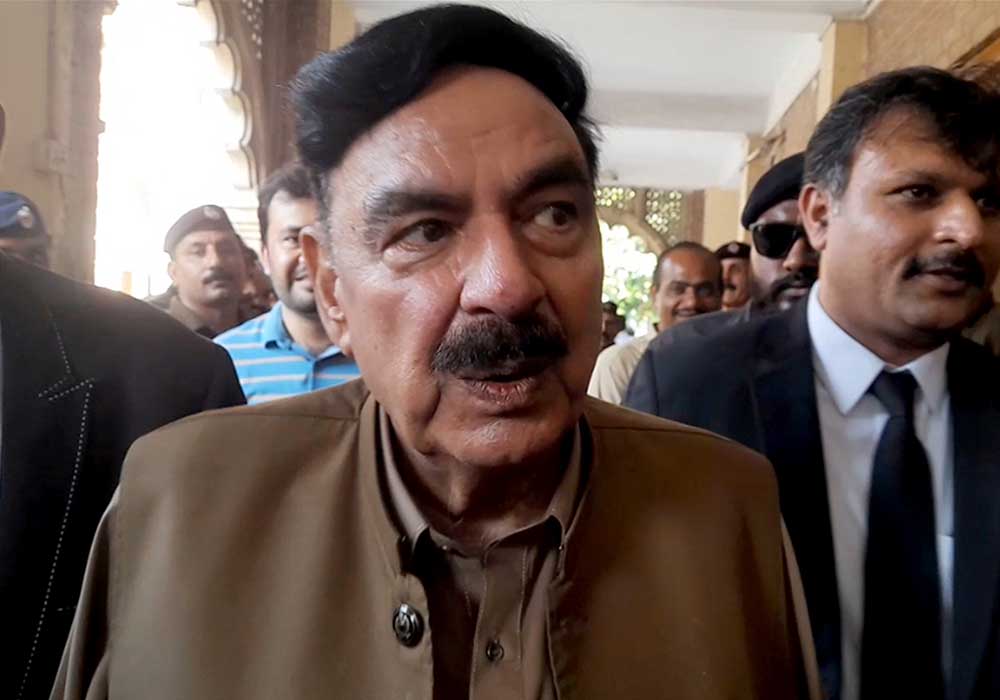 The Anti-Corruption Establishment (ACE) Punjab on Monday told the Lahore High Court (LHC) that the allegations of corruption against Awami Muslim League (AML) chief Sheikh Rashid could not be proven, and thus the plea seeking action against him became infructuous.

ACE Assistant Director Nazia Hussain appeared before the court of Justice Amjad Rafique and submitted a report regarding allegations of corruption against the AML chief. “The allegations related to Sheikh Rashid have not been proven. Therefore, our plea has become infructuous,” the official said.

Sheikh Rashid also appeared before the court along with his counsel and submitted that the dues of the land under question about which the establishment had issued him notice were yet to be recovered. He submitted that an agreement was signed with Royal Residential regarding the sale of 149 kanals of land against Rs670 million in Attock district and the owner of Royal Residential also showed reluctance in payment of the said amount.

“Rs100 million was taken as an advance amount, while the rest of Rs570 million was received on February 23, 2022,” said Sheikh Rashid, pointing out that the deed for the sale of land was not an illegal act. He also informed the court that he had declared his land in the income tax returns and that selling the declared piece of land could not be illegal.

Rashid claimed that the notices issued to him by the ACE were illegal and unlawful.

He asked the court to set aside the inquiry against him started by ACE officials for being contrary to the law.

After hearing the arguments of both sides, Justice Amjad Rafique disposed of the petition.

Later, talking to the reporters, Sheikh Rashid lashed out at the incumbent coalition government in the Centre.

“Unpopular government cannot function,” said Sheikh Rashid, claiming that the coalition partners would also run away from the upcoming by-elections.

He stated that the economy had been destroyed and nobody was there to give them money. He also said that Shehbaz Sharif was quite fond of ‘photo sessions’ in flood-affected areas as he used to do the same in Lahore when he was the Punjab chief minister.

“The present numbers of advisors and special assistants to the prime minister are more than the strength sanctioned in the constitution,” Sheikh Rashid said, adding that an ultrasound of the incumbent federal government had been done and an X-ray report was dispatched to every house in the country in the shape of Imran Khan’s narrative.

Earlier, Sheikh Rashid challenged the appointment of Rana Abdul Jabbar as director general of the ACE, saying that he was appointed against merit.