The division bench sent the file back to the LHC chief justice and sent it to any other division bench to be taken up. PML-N leader Rana Mashhood Ahmed Khan had filed the petition through Advocate Asadullah Khan and made PA Speaker Sibtain Khan and other respondents.

He asked the court to set aside the election of the PA Speaker and order re-election under the law and the Constitution. On August 16, the LHC sought arguments from both sides on a petition filed by the PML-N leader Saiful Malook Khokhar who had challenged the PA speaker’s election on the same grounds. During the proceedings, the counsels from both sides pleaded with the court to grant them some time for the preparations of their arguments.

For the election of Sibtain Khan, the rules for secret balloting were blatantly violated by the members of the government, he argued, pointing out the fighting and scuffles on the floor of the house and a deputy speaker was also subjected to torture in a recent session while referring to the matter of Dost Muhammad Mazari. Advocate Mansoor also argued that it was witnessed for the first time that a chief minister who was elected by 197 votes was no more chief minister and the candidate who got 186 votes was made the chief minister. The counsel also claimed that this election of the speaker was held illegally as the Constitution was completely ignored during the election process.

He pointed out that serial numbers were openly mentioned on the ballot papers and thus the rules were violated. He also argued that this speaker’s election was a sheer violation of Article 226 of the Constitution. The counsel asked the court to set aside the speaker’s election and order a fresh election for the said slot. Talking to the reporters, PML-N leader Rana Mashhood Ahmed Khan said that the PTI’s government in Punjab would end soon. He said that Imran Khan himself did deal with the IMF and later he refused to accept this fact.

“The scandals of Pinki Peerni and Farah Khan are also before everyone,” said Mashhood, alleging that they were involved in huge corruption. He claimed that the Punjab Number game is complete. “There are many things to share which I will disclose at the right time but this PTI government will soon be over in Punjab,” he added. On other hand, Advocate Amir Saeed Rawn, the Advisor to Punjab CM, rejected the claims of Rana Mashood, saying that the members of the opposition were not well aware. “Rana Mashhood doesn’t know what to say and where to speak. He is a child,” said Rawn, claiming that “Change is nothing but the opposition’s dream which will never come true”. 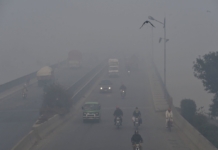 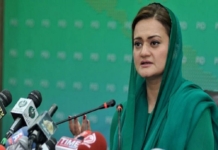