Olomopolo to bring a dirty comedy show to Lahore this December 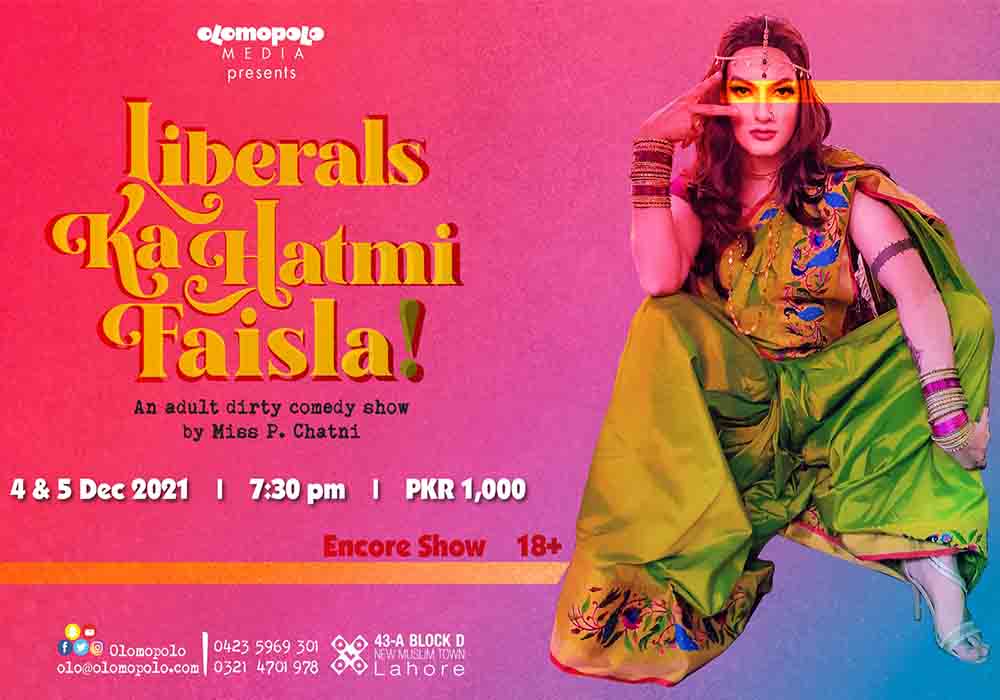 Olomopolo media is back with a bang! The performing arts platform known for subtly addressing socio-political issues through artistic, literary and cultural events is bringing a comedy show by the name of ‘Liberals Ka Hatmi Faisla’, which would be translated as â€˜The Final Verdict of Liberalsâ€™.

As the eventâ€™s poster tells, the show will be single-handedly hosted by a character who calls herself Miss P. Chatni. To add to the already interesting title, the team has also openly announced that it will be an adult, 18+ comedy show.

Although a lot of details havenâ€™t been shared yet, what can be conjectured is that the show will be pivoting itself around the seemingly never-ending tussle between conservatives and liberals in Pakistan, which often enters the domain of gender-based issues, consequently resulting in sex and sexuality becoming a widely-addressed topic.

The event will be held on December 4 and 5, starting at 7:30 in the evening. A Rs1000 ticketed show, â€˜Liberals Ka Hatmi Faislaâ€™ also promises a healthy conversation post the entire event, based on essential issues that have smitten our society for its refusal to shun conservative ideologies.