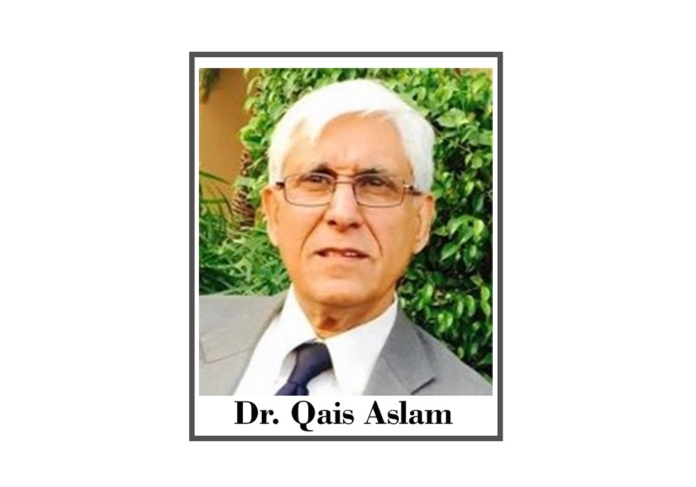 SDG Goal 14 is about life underwater and states “Conserve and sustainably use the oceans, seas and marine resources”. SDG 14 further states, “The ocean drives global systems that make the Earth habitable for humankind. Our rainwater, drinking water, weather, climate, coastlines, much of our food, and even the oxygen in the air we breathe, are all ultimately provided and regulated by the sea. However, at the current time, there is a continuous deterioration of coastal waters owing to pollution, and ocean acidification is having an adversarial effect on the functioning of ecosystems and biodiversity. This is also negatively impacting small-scale fisheries. Saving our ocean must remain a priority.

Marine biodiversity is critical to the health of people and our planet. Marine protected areas need to be effectively managed and well-resourced and regulations need to be put in place to reduce overfishing, marine pollution and ocean acidification”.

Among the species of special importance in Pakistan, at least 31 species are economically important. The population of some of the species is declining due to habitat loss and degradation, water abstraction, drainage of wetlands, dam construction, pollution and eutrophication. These factors have caused substantial declines and/or changes in inland fish species. Consequently, the distributional ranges of some of the species have shrunk tremendously over the last three decades and are restricted to localized areas. Once quite common in river systems of Pakistan is now on the verge of extinction and hardly encountered in their natural habitats”.

Most of the rivers and waterbodies in the country are so polluted because of the untreated flow of agricultural, industrial and municipal waste in these rivers and water channels that at 40 kilometres downstream there is no life in these rivers, especially River Ravi. This also impacts the hatcheries of small birds, small animals and reptiles that depended on the river life for their food and substance. A. M. Khan, Z. Ali, S. Y. Shelly, Z. Ahmad, and M. R. Mirza wrote in their article Aliens; A Catastrophe for Native Fresh Water Fish Diversity in Pakistan that, “The known intentional introductions in Pakistan include finfish (e.g., silver carp, China grass carp, tilapia, and rainbow trout) and shellfish for aquaculture and aquaria. Of these introductions, tilapia have escaped from aquaculture and have established on their own in many wetlands in Sindh, while China grass carp, introduced in the 1970s into Haleji Lake for controlling weeds, has reportedly deprived the native 74 herbivorous fish of their food”.

Safina Kousar and Muhammad Javed wrote, “Accumulation of metals in different fish species is the function of their membrane permeability, which is highly species-specific. Due to this reason, different fish species showed different amounts of metal accumulated in their bodies. This study also reveals that the metals, being conservative in nature have higher ability of biomagnifications”.

In conclusion, they wrote, “Present investigation showed variable toxicity of As, Ni and Zn for fish. Regarding metals toxicity, zinc was found as significantly (P<0.05) least toxic while As was reported as a highly toxic metal. Among the four fish species. Dose-dependent metal accumulation in fish was also observed. Highest metal accumulation was recorded in fish liver, followed by that of kidney and gills.”

According to the Government of Pakistan Handbook on Pakistan’s Coastal and Marine Resource, “Pakistan’s coastline is about 990 km long, bifurcated in two parts, Sindh Coast (270 km) and Makran Coast (720 km). The Exclusive Economic Zone (EEZ) of Pakistan covers an area of about 240,000 sq. km. The maritime zone of Pakistan, including the continental shelf, extends up to 350 nautical miles from the coastline.

Ramsar sites are wetland areas of international ecological significance. Along the Pakistan coast, there are seven Ramsar sites that are important sites for roosting and feeding migratory birds which migrate from Siberia for wintering at various wetlands in Pakistan. There are a few wildlife sanctuaries located along the coast of Pakistan which include the Wildlife Sanctuaries in Sindh and along the Balochistan coast”.

The handbook also describes, “The Arabian Sea, bordering the coast of Pakistan, is known to be rich in marine biodiversity, as a result of prevailing monsoon dynamics leading to strong seasonal upwelling of nutrient-rich water from the depths along the narrow continental shelf resulting in high surface productivity and rich plant and animal life. This results in Pakistan’s coastal waters having a rich diversity of vertebrates, including cetaceans (dolphins, whales and porpoises), turtles and fishes, as well as invertebrates”.

“The important sea turtle nesting beaches along the Pakistan coast include Sandspit and Hawksbay beaches near Karachi, and Ormara-Taq Beach, Astola Island and 17 Daran beaches along the Makran coast”. “There are no dedicated Marine Protected Areas (MPAs) in Pakistan”. “For the conservation of marine animals, a number of steps have been taken. Wildlife sanctuaries and Ramsar sites have been established along the coast of Pakistan for ensuring the conservation and protection of threatened wildlife, including marine life”.

“A major step for the conservation of marine cetaceans has been taken by the Government of Balochistan by declaring all species of marine mammals as protected under the Balochistan Wildlife (Protection, Preservation, Conservation and Management) Act, 2014.”

Sources of marine pollution in Pakistan’s coastal belt are industrial effluents (according to official figures, 90 per cent of industrial effluent and sewage produced in the country’s biggest city is poured into the sea either directly or via Lyari and Malir rivers. About 2,500 ships and 200 oil tankers visit Karachi harbour through the Manora Channel annually.

There is large-scale shipping traffic at Port Qasim. The sources of oil pollution in the Manora channel are bilges, washings from engine rooms of vessels, discharges and leaks from bunkering points, and leaks and small spills occurring during loading and unloading at oil piers. Oily waste from city-based sources including service stations also ends up in the harbour area), domestic sewerage (About 550 million gallons per day (MGD) of mostly untreated wastewater is entering the coastal waters affecting the coastal areas), solid waste (approximately 16,000 tons to 18,000 tons of solid waste is generated in Karachi alone). Plastic waste has become a hazard for marine life across the coastal belt of the Country.

Although Pakistan’s fishing fleet is relatively smaller fishing boats and still uses traditional fishing and netting techniques their activity and usage of nets are not of international standards, thus endangering the life of endangered species across the coastline. Another problem is the illegal fishing from foreign fishing boats in Pakistan’s fishing zone that use more modern nets and techniques, thereby eroding the fish harvest of Pakistan’s coastline.

The National Strategy and Action Plan (NSAP) of Pakistan provides a good framework to promote integrated coastal management and is, in fact, a critical document that links local actions with global thinking. We still need to do more for SDG 14 in order to become pollution free so that we can harvest healthy marine life for local as well as international markets and at the same time sustain this important resource for the health of our oceans and our future generations. 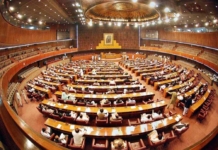