Local bodies elections to be held on time: CM Murad 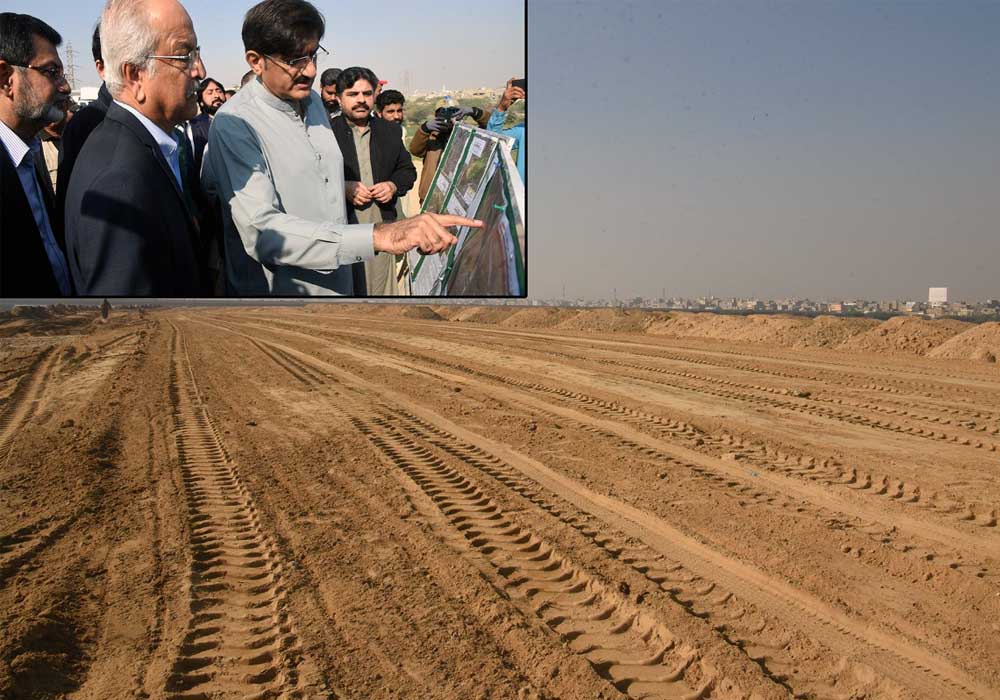 “We believe in democracy. We will contest elections and win,” Murad Shah said while talking to media in Sehwan.

He said the Sindh government was removing flood water from the areas affected from flood water. 95 per cent of the flood water has been removed from Sindh, he claimed. He said the local government representatives should meet their people so that they could resolve their issues.

The Sindh chief minister said all the Pakistan Peoples Party (PPP) MNAs and MPAs helped the flood affectees and granted financial aid to them. The World Bank has given $2 billion for rehabilitation of the flood victims, he maintained. He said next week the government would begin reconstruction of people’s houses.

On November 8, as per the reports, the second phase of the local government (LG) elections had to be delayed once again after the government of Sindh removed a legal impediment in postponing the polls.

According to reports, the decision was made during talks between the PPP and the Muttahida Quami Movement-Pakistan (MQM-P) regarding the municipal elections in Karachi and Hyderabad.

The Sindh government had made an amendment the Local Government Act, 2016, paving the way for delaying the polls once again. The provincial cabinet had approved the amendment through a circulation summary.

Talking to the media in Karachi, the Sindh chief minister said, “Yes, there is a problem of bad law and order situation in the city. I saw someone come during my student days and say that if you close the shops, the shops would be closed.”

He said that no one can close Karachi now, adding that extortion has ended in the city and it will never happen again. “The era of extortion is over.”

Murad said that the rest of the institutions have to work with the government.

Interestingly, during his visit to Karachi, he was stopped by a woman victim of street crime.

The victim said that “you are my chief minister, listen to me, I was robbed here on Wednesday, nobody is listening to me.”

The woman told the chief minister of Sindh that she was not going to file any complaint, saying, “I am a single earner.”

On this occasion, Murad directed the administration to help the woman.

Earlier in the day, the Sindh chief minister visited the Malir Expressway to inspect the ongoing development work in the city.

Murad, at the outset of his press conference, extended new year’s greetings to the people of Pakistan, particularly of the province, and hoped the new year would prove to be the year of stability, socio-political and economic development, and an end to terrorism which has started emerging again.

The CM said that when PPP had come to power in 2008 it had inherited the worst law & order. “Terrorism was at its peak and extortion was in fashion. The PPP government, with its political commitment and will of the people of Karachi, not only crushed the terrorism and its related activities but improved the rating of the city in the world crime index from number six in 2014 to 128 in 2022,” the CM said, adding that the people of this city know very well which party has served them in true letter and spirit.

Talking about the drainage system of the city, the CM said that in the past the roads used to remain submerged for many days when it rained but after the development of the sewerage system and reconstruction of stormwater, the rainwater was disposed of well in time. He added that the people of the city have witnessed this progress.

He added that the Malir Expressway, a flagship project of his government, was starting from Korangi and ending at Malir-Kathore. He announced that the Malir Expressway would be opened partially in August 2023 and after the election, his party government would inaugurate it completely. The CM said that the population of the city, as reported, has now reached almost 200 million. “Due to the phenomenal population growth, increase in vehicular traffic, congestion and traffic jam issues arise on major roads of the city, hence road users are facing inconvenience/hazards like wastage of time, fuel, environmental pollution, and accidents,” the CM said.