Local body elections to be held in AJK after 31 years 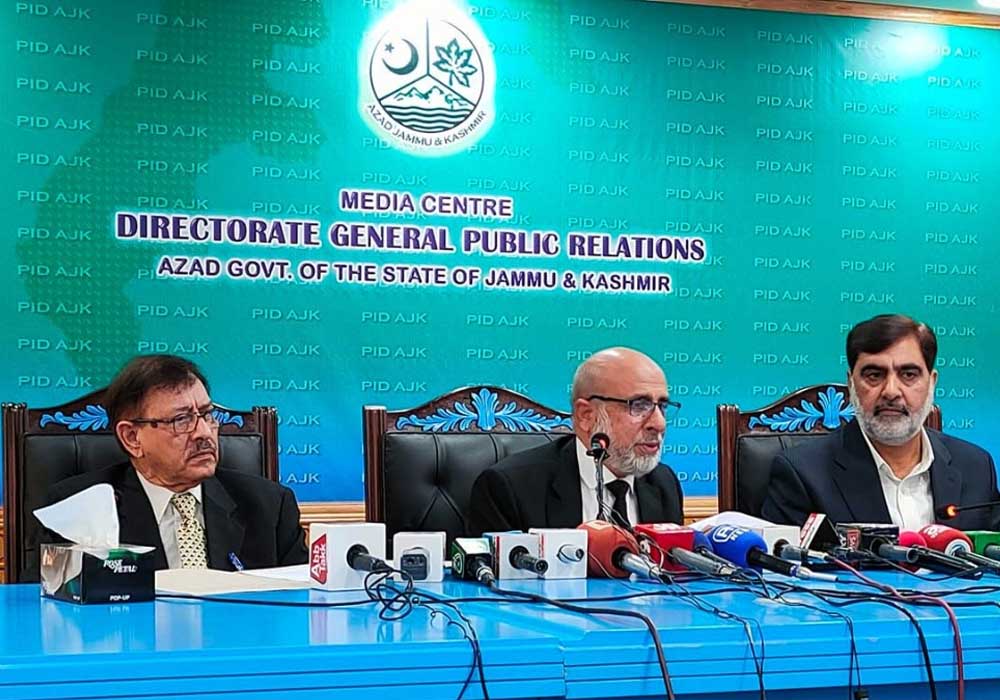 The Azad Jammu and Kashmir Election Commission (AJ&K EC) will hold local government elections on a party basis in September for the first time in 31 years.

On Tuesday, Chief Election Commissioner Justice Retd. Abdul Rasheed Sulehria, and AJ&K EC members Farooq Niaz and Farhat Ali Mir disclosed to the media that elections were to be held.

CEC Justice (Retd) Sulehria stated, “The apex court of AJ&K has set us a deadline to conduct polls before October 12, 2022, however, we are ready to conduct them in the month of September this year.”

Member of the AJ&K EC, Farooq Niaz, stated that all preparations have been made to ensure impartial local body elections with the goal of giving the people more control at the local level. The local government system, where citizens can visit Union Council to settle their civic issues, is where democracy is at its most beautiful.

He further said that we also support allocating cash to each UC in accordance with its population in order to hold these elections peacefully.

Another member of the AJ&K EC Farhat Ali Mir stated that the first stage of the arrangements and delimitation had been finished on time. The second stage — voter list completion — was also finished ahead of schedule.

He said that more than Rs900 million would be spent on the elections and that the EC had already received Rs300 million in connection with this.

Mir added that the deputy commissioners in each of the ten districts of AJ&K will serve as the Election Commission’s focal points in order to ensure transparent elections.

The election commission official stated that whereas there were only 5,123 polling places during the general elections, more than 5,192 polling places have been formed.

The source stated that all election-related preparations have been finished at the level of returning officers (ROs).

In response to a question, Mir stated that the local government election process has not changed and would proceed in the same manner as the local body elections in 1991.

The EC representative responded to a different query regarding the candidates’ educational requirements by stating that matriculation is required and that candidates must be at least 25 years old.