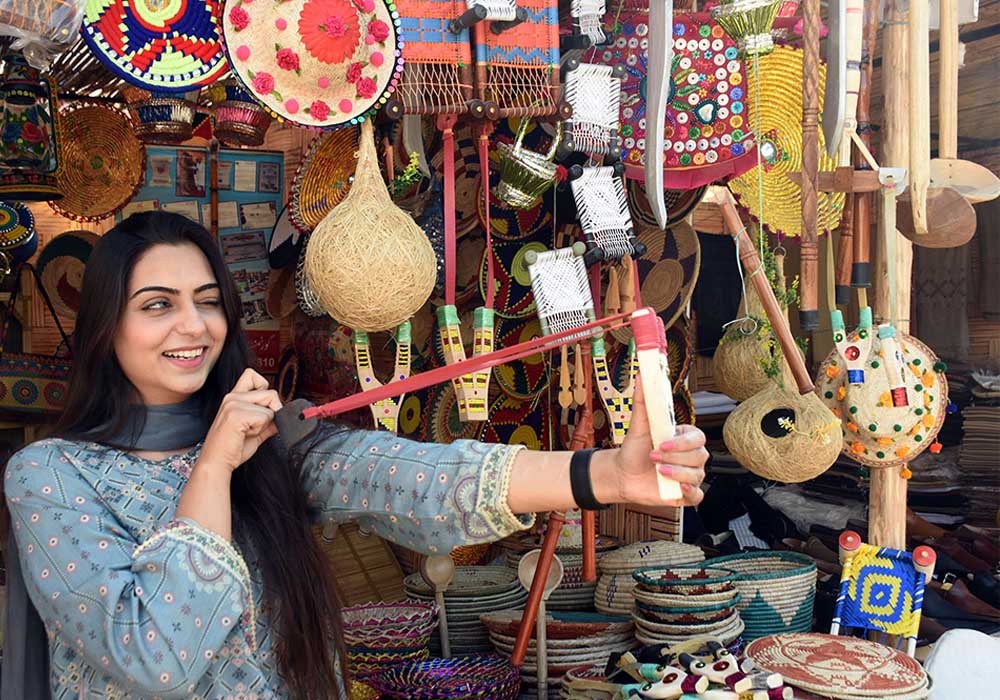 Loads of people from different walks of life on Saturday visited different cultural stalls set up at the Heritage Museum as part of annual ‘Lok Mela’.

From traditional cuisines and clothes to handicrafts and antiques, the visitors took a keen interest in different things put on display.

Meanwhile, Colourful puppet shows arranged by the Pakistan National Council of the Arts (PNCA) at the ongoing Lok Mela are serving as a major attraction for children from the twin cities of Rawalpindi and Islamabad.

These shows highlight various issues like health, education and environment, etc. through stories with lessons. Children, along with parents, attend the show.

The show is a regular feature of PNCA and the National Heritage and Culture Division that promotes culture and traditions among the children with an understanding of their folk legacies which is a vital part of their training. Preservation and promotion of cultural heritage and traditional values maintain the identity of a nation and boosts the confidence of the young generation, said Director General of PNCA, Ayub Jamali, while talking to APP.

PNCA holds art and cultural activities regularly that involve young talent to create awareness among the masses about cultural and traditional values.

“Involvement of students for highlighting various issues through tableaus, songs and puppet shows, allow them to understand the issues in depth through soft expressions of art,” he said. “Puppetry is a part of theatre, and the history of theatre is connected with the history of human society.”

Performing art is a strong medium of communication and education, and occupies a unique place among other arts with reflection and identification of social evils in an entertaining way, he said.