Interior Ministry says no party can be allowed to destabilise state 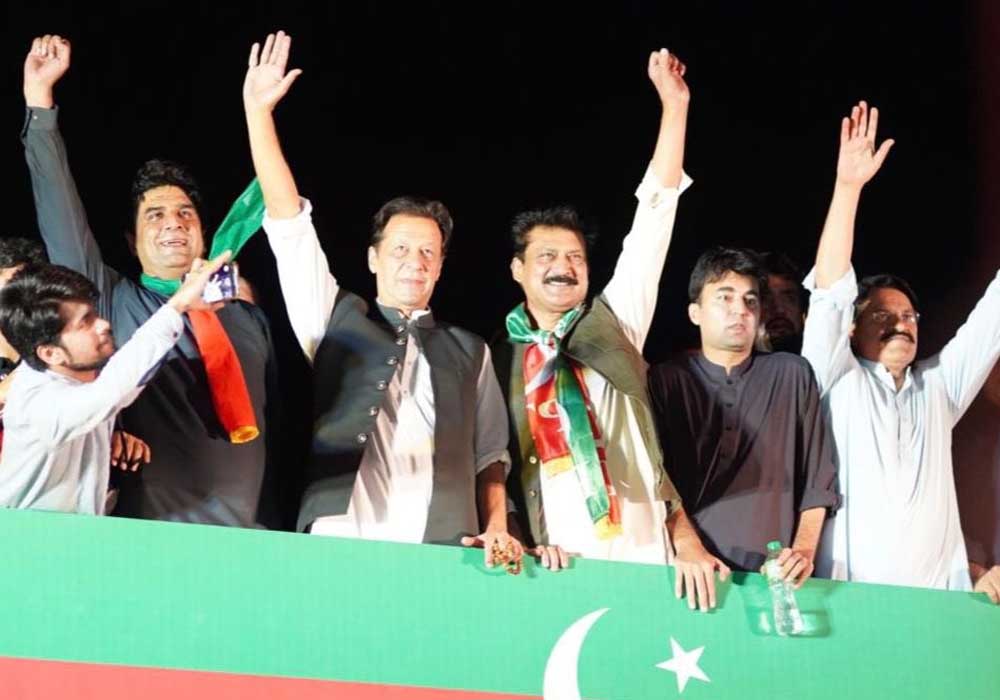 Pakistan Tehreek-e-Insaf (PTI) Chairman Imran Khan is all set to start his long march from Lahore today (Friday), and the arrangements have been finalized for one of the most important power shows of his party in recent years.

The march will start from Liberty roundabout where a container for Imran Khan has already reached. Imran Khan will address the people in Lahore on different points after leaving Liberty. Reception for the march has been planned at Ichra, Qartaba Chowk, Mozang, Data Darbar and Azadi Chowk where the PTI chief will hold a public rally. The march will spend the night near Shahdara from where it will head towards Islamabad through GT Road.

On Thursday, Imran Khan released a video message in which he said that this march isn’t meant for any politics as its only purpose is to get real independence. Later at night, he visited Liberty roundabout to charge his workers along with party leaders ahead of the march.

According to the tentative schedule issued by the PTI, the march will reach Islamabad on November 4 where the next strategy will be formulated. It will reach Rawat by November 3, where the leadership will deliberate over the next course of action. The first stay of night will be at Shahdara Interchange, where the party chief will address his supporters. The next stop will be Gujranwala, from where they will head towards Gujrat on Sunday morning. In Gujrat, Punjab Chief Minister Pervez Elahi and his son Moonis Elahi are likely to welcome the march.

Later, they will stop at Sarai Alamgir between Gujrat and Jhelum and will head towards Jhelum on Monday morning, where PTI leader Fawad Chaudhry will host the participants. It has also been learnt that caravans from Faisalabad, Sargodha, Chakwal, Mianwali, Bhakkar and Layyah will join the long march at Rawat. It has also been decided that caravans will travel only during the day time to avoid any untoward incident.

Meanwhile, Ministry of Interior has said that no political party can be allowed to destabilise the state through forceful measures – such as a long march. “It is imperative that federal and provincial governments act in unison and follow the constitutional provisions,” the ministry said in a letter – issued on October 26 – to all the provincial governments and Azad Jammu and Kashmir (AJK) and Gilgit-Baltistan (GB) governments.

The letter stated that under Article 148(1) of the Constitution, the executive authority of every province shall be exercised to secure compliance with federal laws which apply in that province. The letter added that it is “equally important to ensure that no government employee [is] allowed to join” PTI’s protest and any deviation from the constitution and laws would not be allowed.

Separately, Imran Khan on Thursday questioned the unprecedented press conference held by ISI chief Lt Gen Nadeem Ahmed Anjum and ISPR DG Lt Gen Babar Iftikhar, saying that if institutions were apolitical what was the purpose of holding a “political presser”. In an interview with journalist Amir Mateen aired on 92 News, the former premier said, “Either there should be some issue that concerns them, like security, but they held a political press conference so I don’t understand this. Could the defence or interior minister or prime minister not have done this? What was their [the institutions’] job in holding the press conference?” The PTI chief then went on to say that if he started giving answers “it will cause a lot of damage to the country”.